Home News ‘I am Not a Stranger, Agassa is a Home for Me and My Children’ – Natasha Akpoti-Uduaghan 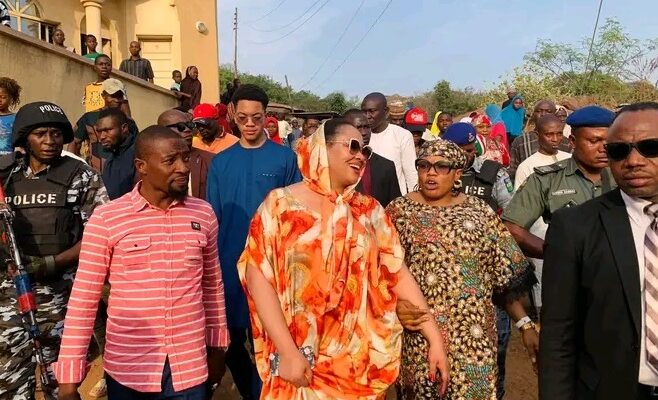 ‘I am Not a Stranger, Agassa is a Home for Me and My Children’ – Natasha Akpoti-Uduaghan

The senatorial candidate of the Peoples Democratic Party (PDP) for Kogi Central, Barr. Natasha Akpoti-Uduaghan has called on the people of the senatorial district to vote for who will change the lives of their children.

Natasha added that she is part of Agassa community in Okene local government area of Kogi state.

Barr. Natasha stated this on Saturday when she attended Okene-Eba/Agassa/Ahache Ward meeting as part of the preparation for the senatorial election.

The PDP senatorial candidate said Agassa is a home for her and her two children whose father hails from the area.

“When you vote me in as your senator, I will not only make laws, I will speak for your children to have jobs.