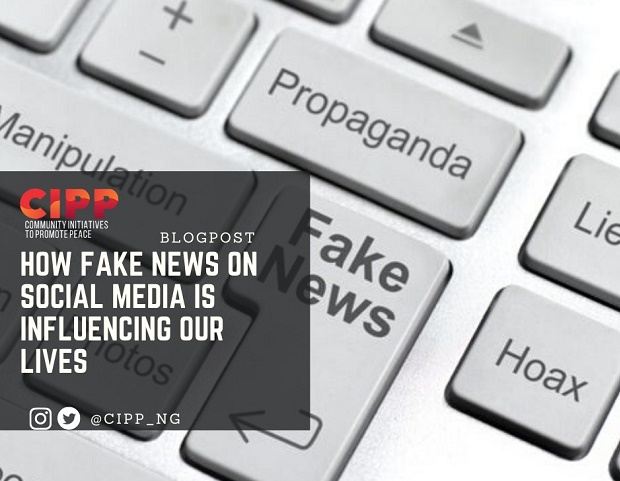 How Fake News on Social Media is Influencing Our Lives

Social media is a web of intricate network, one linking to the other. If fake news or misinformation originates at one point, given the vast structure that social media is, it is only a matter of time before it permeates the entire system.

The media is an agent of manipulation; at its worse, it might not be what it is meant for, but in the wrong hands, it can be used to do worse things. When we happen upon false information, whether consciously or subconsciously, we are affected.

Fake news on social media might seem to be just what they are; just news, but it is much more than that. It is misinformation, and it has far-reaching consequences. So how exactly does social media fake news affect us?

What happens when you find out read on some blogs that unknown gunmen are in your city or town? There is a natural cycle that sets in, your brain goes into overdrive, and you start thinking of how these unknown elements might harm you. This process can occur even though the story is not in any way real. You will most likely have insomnia, headaches, and fear will set in. It is only a matter of time before you get paranoid while walking on your street. Every unknown face will feel like an unknown gunman.

When a news story with headlines like ‘killer Fulani herdsmen’ or ‘Igbo despots strikes again’ hits the airways, what comes to your mind when next you meet up with your friend ChuwkuEmeka or MallamWaziri? Fake news and misinformation have the capacity to breed feelings of ethnic divide. When you begin to hear statements like ‘I don’t know why I don’t just like that tribe.’ It might be time to start auditing the news source you listen to. Ethnic divide can also determine how voting numbers add up in a dynamic, diverse nation like Nigeria.

Instigation of violence against innocent people

False rumors that target specific individuals can have major consequences. These individuals may be harassed on social media and targeted by insults and threats that sometimes have real-life impacts, as we have seen with what happened on Twitter several times. You must never rely only on non-validated information circulating on social media to decide that a person is guilty. Social media is not just social media; it can be extended to having real-life effects.

Will I vote differently if I know a clerical leader I like endorses a politician’s candidacy? Unfortunately, fake news and misinformation have become a mainstay of the political circuit. This is why the media has spoken so much about the fake news phenomenon because this is an important democratic issue. In short, the impacts are very real, and we must avoid sharing fake news.

The effect of fake news is profound, and even when discarded, it portends a very real, grave danger. Therefore, it rests on all of us to ensure that we stay abreast of news and we fact-check as much as possible before taking action.

This blog post is supported by the Community initiatives to promote peace (CIPP). The project is a response to the increasing threat of violence in high-risk states in the North-west (Kaduna, Kano, and Katsina States) and North-central (Kogi, Benue, and Plateau States) parts of Nigeria.

This ongoing CIPP campaign was developed to increase the ability of community members in CIPP project States to understand the dangers of fake news, hate speech and rumours by enlightening them on how to verify information received on social media.