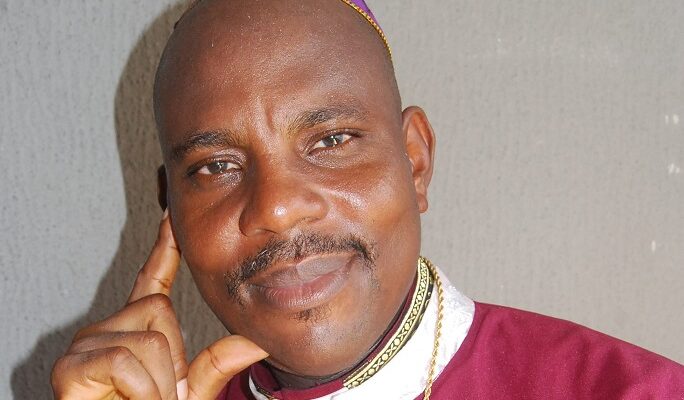 Host Communities of Nigeria, Producing Oil and Gas (HOSCOM) Kogi chapter has commended the Federal Government over the declaration of Kogi as an oil producing state.

His Eminence, Bishop Gabriel Simeon Ojoka, Chairman of the Kogi chapter of HOSCOM, disclosed this when he led his executive members on advocacy visit to the state Commissioner of Agriculture, Mr David Apeh in Lokoja.

The Bishop commended President Muhammadu Buhari-led Federal Government for ensuring that justice was done in according Kogi State its rightful status as an oil producing state.

He described the state’s new status as a divine intervention for the host communities in Ibaji Local Government Area which had suffered decades of lack, deprivation and denial.

Ojoka said the Ibaji community had no access to the national grid for electricity, lacked potable water, roads and jobs for their youths adding that they had been neglected for several years.

He said that after several advocacy visits to relevant stakeholders on oil and gas, the state chapter of HOSCOM was inaugurated in January, 2017 to address the challenges.

The chairman called on the State Government to partner the private sector on Public Private Partnership (PPP) initiative to establish a Modular Refinery in the state in view its numerous advantages aside employment generation.

“In fact, we are looking towards establishment of a modular refinery in Kogi. We are also looking at pipeline surveillance security recruitment which is already done in the Niger Delta.

“Over 10,000 have been recruited and we are given a window to recruit 7000 Pipeline Surveillance Security Cadets and that will actually be an area we need the assistance of the state government to give us a support”, he said.

Ojoka also urged the Federal government to construct a road linking Idah to Onitsha or Onitsha to Idah through Ibaji to address dearth of road Infrastructures and enhance economic activities in the area.

Also speaking, Mr James Odiba, a development expert said a survey undertaken by the World Bank in year 2000 to ascertain the level of poverty in Kogi and the poverty map that culminated revealed Ibaji as the poorest local government in the state.

Odiba said that this was in spite of the agricultural potentials of the area producing 18 per cent of total food need of the country but expressed optimism that when exploration activities commences in the area, development would surely come the way of the people.

Responding, the state Commissioner for Agriculture, Mr David Apeh said it was no lie that the Ibaji community was was the poorest with little government presence.

“I want to see what has happened now as something that will mark a turning point in our lives, to address issues of poverty, lack roads, light, potable water, educational and health facilities.

“By the time oil production work starts in the community, roads will be constructed, they will be light, water, schools and health facilities will also come.
I think God has brought this to wipe away our tears of many years”, he said.

Apeh thanked the executive members of the HOSCOM for the visit and promised to channel their requests to the State Executive Council for necessary intervention.