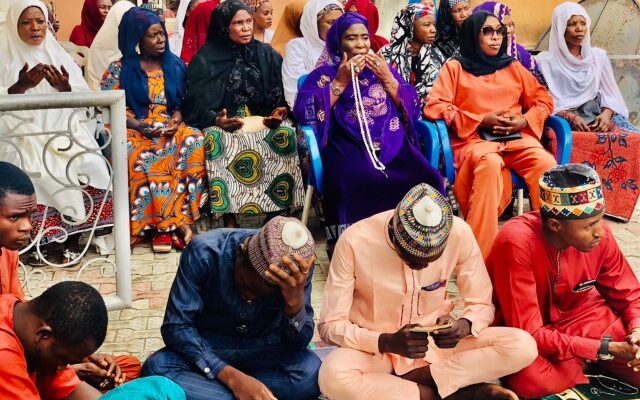 The Acting Chairman of Okene Local Government, Bilikisu Avosuahi Aliyu, as part of her support to Kogi State Governor, Alhaji Yahaya Bello organized and held a prayer session for his continuous uplift, wisdom, long-life and prosperity, good health of mind and body as he marks his 47th birthday.

The prayer session was primarily geared to celebrate the Governor of Kogi State as he mark his 47th birthday today.

Honorable Bilkisu Avosuahi Aliyu also noted that Kogi State in the hands of the Executive Governor, has speedily experienced positive and strong rejig in the security sector.

The Acting Chairman described Kogi State at large under the watch of Governor Yahaya Adoza Bello a model of peaceful coexistence, zero tolerance of insecurity and criminality.

Finally, the Acting Chairman extended her prayers to the entire families of the Executive Governor of Kogi State.

The Councilors from Okene Local Government were in attendance.