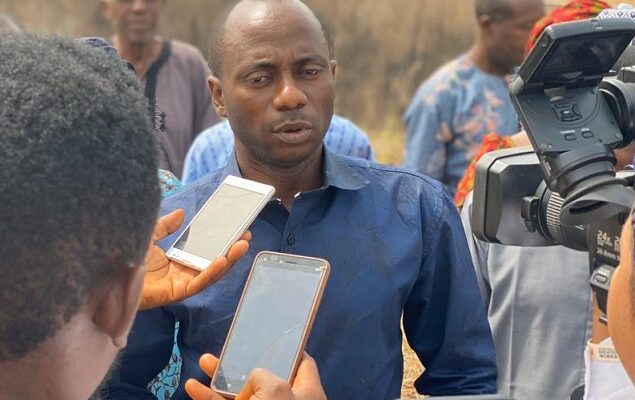 A political group, Yagba Democratic Frontiers has called on security agencies to immediately invite the Kogi State Commissioner for Information and Communications, Kingsley Fanwo for interrogation and possible prosecution over some “undemocratic utterances at a gathering of his party leaders”, insisting that Nigeria cannot allow a “reign of terror” ahead of the 2023 general elections.

The Group in a statement signed by its Secretary, Comrade Temidayo Samson said the people are ready to defend their votes more than ever.

The Group said they are in possession of “blatant threats” by Fanwo, to the effect that anyone who is nursing the idea of voting against his party, the All Progressives Congress should perish the idea or face violence”.

The statement reads in parts: “We are aware of the gathering of the APC stakeholders in Mopamuro in the home of the Kogi State Commissioner for Information and Communications, Mr Kingsley Fanwo.

“At the gathering, Mr Fanwo threatened to deal with anyone who votes against the APC in Mopamuro and statements of this time should not be taken for granted, given what Kogi went through in 2019.

“What has the Government he serves done in Mopamuro LGA to earn the trust and votes of the people? It is shameful that they beating the drum of war again because of their obvious failure.

“APC has failed at all levels and in all ramifications and Nigerians will reject them massively in 2023. No violence can make ‘Baba blu bla’ the President of Nigeria”.

The Group called on the Police and DSS to immediately invite Mr Fanwo for questioning to protect the people of Mopamuro LGA from the reign of violence.
“Security agencies must protect Mopamuro LGA people from the reign of terror that the Commissioner and the Chairman of the LGA are planning. Infact, Mr Fanwo’s house in Mopamuro must be combed by law enforcement agencies as there are unconfirmed reports that he is stockpiling arms to unleash war on the people, having known that the people of Mopamuro are ready to reject his party”, he said