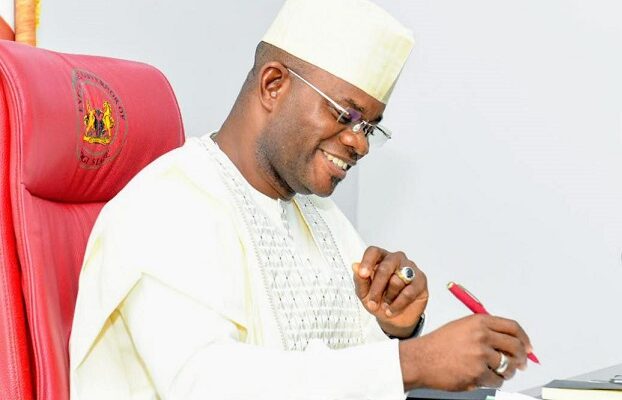 The National President of Igah Progressive Association (IPA) in Olamaboro local government area of Kogi state, Comrade Godwin Ekele has commended Governor Yahaya Bello for the grading of Ojibo Igah chiefdom to second class status after over 200 years of struggle.

In a statement made available to journalists in Lokoja, the IPA Chairman also expressed gratitude to other stakeholders that contributed to the momentous event.

“The struggle for the actualisation of the grading of Ojibo Akpoto, Igah stool started in the past five decades,” he said.

He said the Igah Progressive Association (IPA) will ever remain grateful to the eminent sons and daughters of Igah chiefdom who played leading roles in the grading and according status of a second class staff of office to the paramount ruler.

“We are overwhelmed with joy and gratitude as we celebrate this historical development and express our deep appreciation to the government of kogi state under our able governor, Alhaji Yahaya Bello and his deputy, Chief Edward Onoja for the great honour done to Igah people,” he said.

Shedding light on the Igah chiefdom, Ekele said the Ojibo Igah Akpoto stool is a direct descendant of Ata Igala in Idah and member of Native Authority (NA) court by the year 1814.

While he said his migration from Idah, his ancestral home, to Igah -Ebije, his premier settlement was occasioned by the need to ward off the Jukun advancement to the Igala land during the Igala-jukun inter tribal war, Ekele said as at 1967, the Igah community had four Gago areas as administrative units; Ocheba, Agala, Ogene and Abache.

He added that the Igah community with population census figure of 57, 000 people was one of the nine provincial chiefs and a member of the then Ata Igala Native Court in Igala Kingdom under the British colonial rule of 1820 to 1840 before Olamaboro district came into existence in1930 to 1940.

He congratulated the newly graded chief of Igah community, HRH Onuche Shaibu, saying that he is a God’s sent leader whose reign has brought peace, unity and progress among the six class of Igah community.

“Provision of free public medical care, sinking of water boreholes, rural roads, construction and provision of solar street lights in Igah community since past two years of his reign are testimonies of good things to come under his reign”, he said.

The IPA president who wished the newly graded monarch a peaceful reign, long life and prosperity advised all sons and daughters of Igah blood, both at home and in diaspora to rally round and stand by HRH Onuche Shaibu for the struggle and celebration to be sustained with abundance of blessing .

Comrade Godwin Ekele prayed that the lord Almighty and the ancestors of Igah community should protect and preserve, including meeting them at the point of their needs all those that stood by the community in this struggle of decades, which came to be actualised on 5th of march.