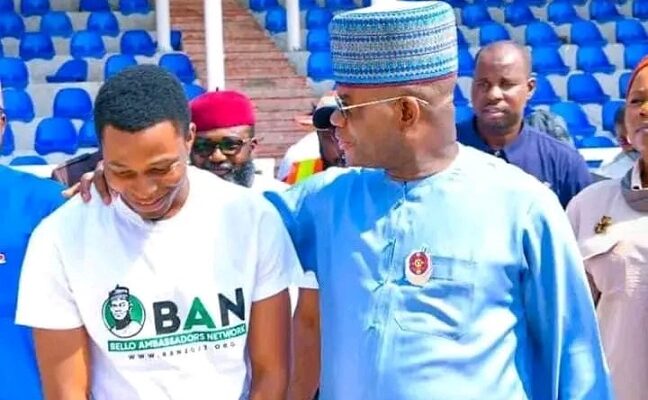 Last week, following the burial of my beloved Uncle, PA John Idrisu Edogbo in Iyale, Dekina Local Government Area, I paid homage to the Onuh Iyale, religious leaders, interacted with various youth and women groups, and patients at health facilities in the area.

Highlight of my stay was the visit to the general hospital, Iyale, for an on-the-spot assessment of the facility alongside the community leaders, the ward councilor, and team members. As a kid, my dad had told me stories of the missionaries who built the hospital, Dr. Kennedy Dick headed this place as far back as 1964. But the one-time notable health institution is now neglected over decades.

I sent a report of the hospital condition to His Excellency, Governor Yahaya Bello, he immediately called to commiserate on my loss and requested a personal letter directed to him on fixing the hospital.

The governor has just given an order to Immediately rehabilitate the hospital for the good people of Iyale, Dekina LGA and entire Kogi East.

An official inspection of the facility, led by the Honorable Commissioner for Health, Dr. Zakari Alhaji Usman, who has made notable interventions in the hospital as well, has just been carried out.

I thank Dr. Zak for his tireless efforts as well as my team members for their continuous support.

Governor Yahaya Bello is indeed a good man, a very good man at that.