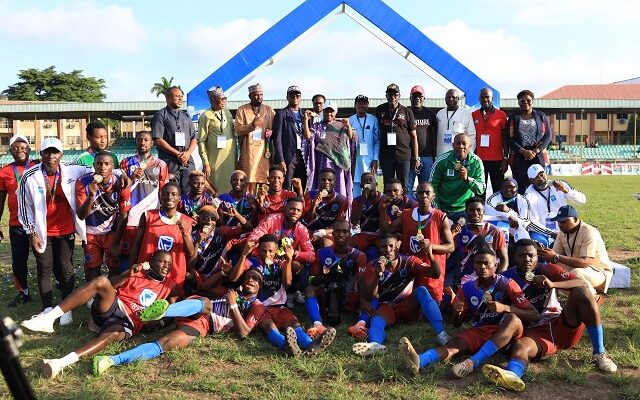 In a final match played on Saturday, the Kogi team defeated FUOYE Dazzlers by 3 – 1 historically becoming the first ever state university to clinch the title in the tournament.

Governor Bello’s congratulatory message was contained in a press statement signed on Saturday by his Chief Press Secretary, Muhammed Onogwu.

The governor described the team’s victory as highly commendable and an exemplary reflection of the triumphing spirit of Kogi state, its people particularly the youths in any venture they find themselves.

He added that their victory over several other federal and counterpart state institutions that partook in the tournament has strongly demonstrated that the institution stood tall in the leagues of higher institution in the country and with his administration’s efforts in the education sector, the standard has greatly improved in all regards.

While lauding the team players, its coaching crew and the institution’s management for flying the flag of the state in excellent colours, he assured of government’s commitment to youths and sport development alongside his administration’s relentless effort in investing in the education sector.