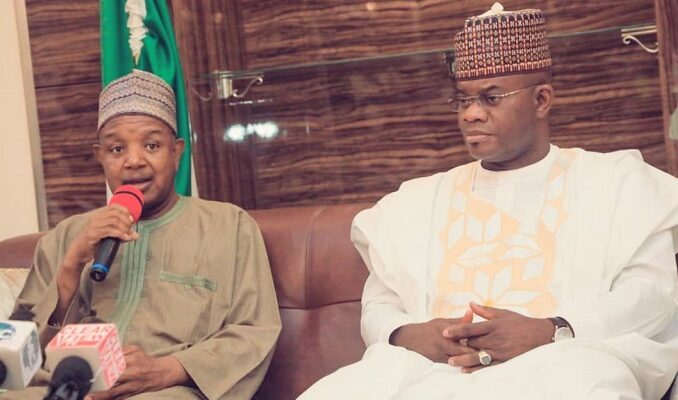 Sen. Bagudu made this known when he paid a solidarity to Gov. Bello on the devastating flood in the State.

According to Gov. Bagudu, the flood will deal a devastating blow to the heroics recorded in Agriculture by the Yahaya Bello administration.

He said, “under your leadership, Kogi is doing well in agriculture. We are competing in rice production but this flood would have reversed those gains.

He went ahead to donate the 50 million naira to the State Government to support efforts at providing palliatives to flood victims.

He called on the Federal Government to support the state’s efforts at mitigating the effects of the flood.

Governor Bello also called on the Federal Government to complete the Abuja – Lokoja road, expressing fears that the flooding would have further compromised the integrity of the bridge.

In his vote of thanks, the Deputy Governor of Kogi State, Chief Edward Onoja expressed appreciation of Governor Bagudu for visiting the state and donating handsomely to the flood victims.