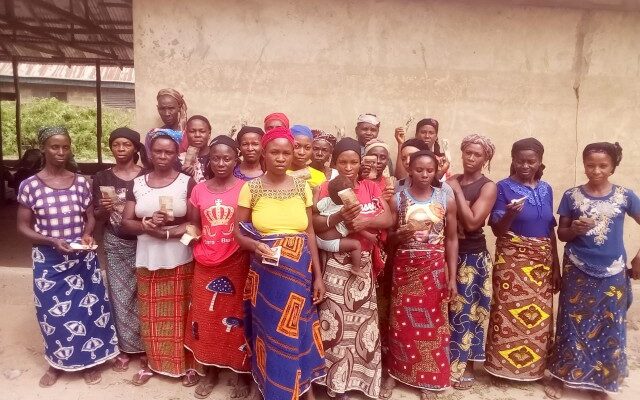 Twenty women each from eleven communities in Ibaji were empowered to restart farming at the flag off ceremony.

Speaking at the ceremony, the board of trustees chairman, Dr. Isaac Achoba said the aim and objectives of the cooperative is to support the industrious people of Ibaji flood plains and environs to rebuild livelihoods and homes for most vulnerable.

He added that the initiative will help build community shelters to counter future flooding, and socioeconomic disruptions.

Dr. Achoba, who was represented by Mrs Joy Ukoje, advised beneficiaries to look inward and see beyond planting and harvesting but also see the possibility of creating wealth from the produce.

According to him, over two million Naira have already been spent and over two hundred women has been given farming equipments and cash in eleven communities in Ibaji local government, namely Iyano, Echeno, Unale, Ichala, Ineme, Odeke, Ihile, Elele, Aya among others.

In their separate remarks, Onu Ihile, Obidike John and the representative of the beneficiaries, Mary Abdullah, thanked the cooperative society for giving them the needed support to operate and for their relentless effort to achieve success, raising the standard of women and children.

They also called on the state government and spirited individuals to urgently come to the aid of the people of Ibaji, especially those affected by the flood.

According to them, people in Ibaji are more in the flood plains, returning to their farms, homes and homeland is misery unless they receive help.

It could be recall since September 2022, over 180 communities in Ibaji experienced the most severe flooding known in modern day history, displacing one hundred percent of the population.