Home News Fears Around Campuses and Tips to Stay Safe 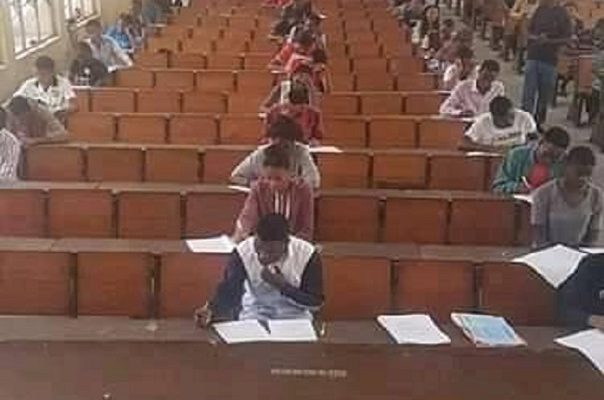 Fears Around Campuses and Tips to Stay Safe

It is incontrovertible that the present day Nigeria is reservoir of social vices. These vices range from robbery to stealing, raping, gangsternism, cheating, bullying, threat and harrassment, corruption and embezzlement, banditry, terrorism and kidnapping. Even the rising cases of cyber fraud code named yahoo yahoo amongst the youths seem to have gained acquiescence despite spirited efforts by operativeoperatives of the Economic and Financial Crimes Commission (EFCC) which has posit the state to a pitiful corner.

The image of the nation is palely painted with caption of mistrust, zero confidence, fright and sense of insecurity. The impediment of corruption which is the mother of every crime and criminality has also eaten deep into the fabric life of an average Nigerian. This has also resulted to the acclaimed notion by some that ‘Nigeria Youths Are Lazy’.

It was reportedly said among many that many a Nigerian want things to happen or gain fortune on a platter of gold’. Some said that, the so called leaders of tomorrow, the prospect of the state and nation’s backbone are more interested in hedonistic acts of eating and drinking in social gatherings. Instead of engaging in productive ventures to make legal earnings, some are caught in the web of euphoria dream land where money is made without hard work.

This is said to have been the possible reason why YAHOO boys are on the increase, Gangsters more evolving, stock breakers and thieves and robbers expanding their tentacles everywhere. It is instructive to stress that the abyss of moral decadence we found ourselves is not gender segregated. Both genders and people of other unconventional sexual orientation are deeply involved in the inglorious push of our society to the cesspool.

Among the prevalence social vices in the context of our state which is seeking urgent attention especially in campuses are, pimping, pilfering, stealing, robbery, cheating, bullying, threatening, harrassment by lecturers to students and students to students and cultism. The negative ripple effects of these is serious threat to already existing fragile peace and waning welfare of the students.

In advanced countries, students of tertiary institutions must as a matter of necessity, be in possession of internet-connected laptops for on-the-spot research and other scholarly engagements. Reverse is the case in our clime and even smart phones that some manage to acquire at snatched at will by unknown armed men. Students around our campuses these days give profuse thanksgiving each night they spend without the recurring attack on their apartments. It has become a perpetual state of macabre fear as these armed men of the underworld gained notoriety storming students’ lodges or houses to sway them of their belongings unfettered. Sanction, coercion and compulsion tactics employed by these hoodlums in the thick of the night usually leave neighbours in perpetual fear and prevent them from rendering assistance. They endure the doom as they could not revolt in the face of raging matchet, axe and gun

While some persons were reported to have face sanction against revolting, other cried out their ordeal and continue to endure the circumstance. It is demoralizing to discover that the phone you used before sleeping suddenly grew wings as flew to unknown destination while asleep. The less violent pilferers do steal students’ by tearing their windows net in the night. And other was due to their careless act while charging in a public centre which is said to be ‘@owners risk’.

Upon investigation, we realized that those whom their phone were stolen have some deficiencies as the absence of those gadgets have negative effect on them psychologically, emotionally, physically and academically, as the thought of getting replacement plague them. Others are found weeping over the valuable things they lost; ranging from essential files saved in the SD card and SIM card etc. As modernization have taken over almost everything, lecture update, information about school activities are communicated through their various social media groups, emails, SMS- short message service, and banking details.

Considering the enormous effect of the stealing-robbery syndrome, some sacrosanct innovations are put in place to possibly tackle the virus. The ideas varies from one phase to another. Instances of stealing: individual is expected to have understand the operative techniques employed by the suspected thieves. They know your bed and table position which make it easy for them to make away with your gadgets/phones. Those position is advised to be change and empty, replace by other other home appliances or utensils that may not be needful to the robbers/ thieves.

For safety precautions, houses should be fenced and security operative should be in place. Late movement should be discouraged and when necessary, it should be in group. Students should endeavor move with torchlight as against the use of smart phone.

As much as possible, avoid public argument with people whose temperament is unknown. Desist from the act of showing opulent lifestyle. Live simple and humble among people to remain hidden, unnoticed and unrecognized by the anarchical and brutish men who appear in human skin but are revon wolf in reality. Most importantly, get security agencies HOTLINEs for any emergencies. And endeavor to report suspected people to the appropriate quarters.

In conclusion, bear it in mind that these tips are helpful only when you’re security conscious. Students are otherwise called candlewasters for a reason. Don’t sleep with all your eyes close, wake frequently to read. Take time to rest in the day time in order for you to stay awake most time in the night and study.

Be watchful and prayerful to help bring the evil perpetrators to light.