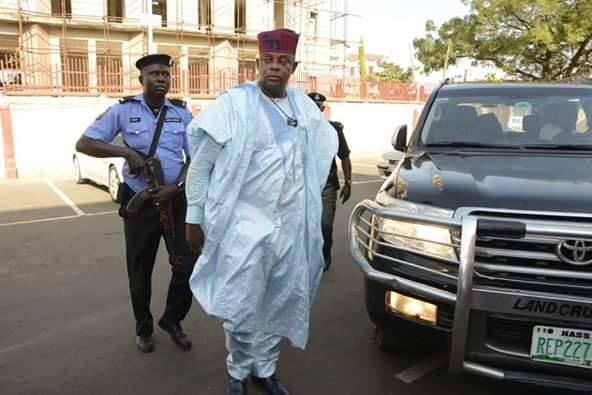 A Kogi based-socio-political group, Kogi West Agenda, has said that no cheap propaganda can distract the Secretary of Tinubu/Shettima Presidential campaign council, Hon. James Faleke, off from his determination to deliver Nigeria’s vote for the All Progressive Congress, Presidential candidate, Bola Tinubu and other candidates of the party.

The coordinator of the group, Arowolo Solomon, in a statement on Tuesday, said contrary to the rumour that Faleke is supporting other party candidates in Kogi West Senatorial district, that the Lagos-politician is committed to the 2023 Presidential project of Tinubu and all other APC candidates within and outside the state rather than a cheap propaganda.

He described the report as a total blackmail and attempt to cause trouble and disaffection in the state by sowing the seeds of bitterness, anger, distrust, and hatred.

He said: “The so called anti-party only exists in the writer’s imagination and that of his sponsors. It is pertinent to state that if there is any anti-party or would be, Faleke cannot be a party to such distraction.

“This is surely the handiwork of the opposition who knows they will be defeated at 2023 polls. The target is to distract the party and government in the country by sowing seeds of discord.

“APC as a family has come a long way and has worked very hard to maintain the number one position in the politics of the country, and will not allow any passenger to come in between”.

“Let me use this medium to warn such fourth columnists that Faleke is an excellent politician who has always projected the goals of our party beyond personal interests and will do everything for the growth of the party. This tactic is too elementary that we could have ignored it but for record purposes.

“It is on record that he has never declared support for candidates of other party for one day. He’s a founding member of the APC, and too big to play anti party behind the scene.

On issue of Hon. Leke Abejide, he said, “the same man declared openly for Asiwaju before primary at the national assembly engagement with House of Representative members before primaries.

“He restated this fact at the meeting that he is a product of Asiwaju and eventhough his party have presidential candidate he will still support Tinubu.

“Arch Salman who was mentioned was never part of the said meeting, so it is wrong for anyone to now say Faleke is supporting other candidates against APC.

“The said report is a figment of the imagination of those who engineered it and we see it as antics of mischief makers and propagandists due to the towering profile of Faleke after the series of town hall meetings held so far,” the statement added.