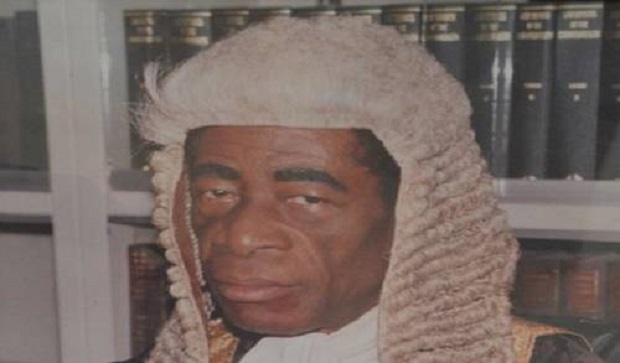 In a statement issued by the President, Ekinrin Adde Community Development Association (EACDA), Mr, Abiodun Olorunleke, the life-time achievement award “is the highest honour bestowed on senior citizens of the community, whose lives and career were of immense benefit to the community”.

Justice Fabiyi was born November 25, 1945 in Kogi State, North-Central Nigeria. In 1969, he received a bachelor’s degree in Law from Ahmadu Bello University and was Call to the bar in 1970 after he graduated from the Nigerian Law School.

He began his career at Noel Gery & Co, a law firm in Kano State before he joined the then Kwara State Judiciary as Magistrate and rose to the position of High Court Judge in the same state. In 1994, he was transferred to Anambra State where he served as Chairman of Election petition tribunal for four years. In 1998, he was appointed to the bench of the Nigerian courts of appeal as Justice and in 2006, rose to the position of Judge of the Court of Appeal in Ibadan. He served in that capacity for three years before he was appointed to the bench of the Supreme Court of Nigeria in 2009 as Justice, the same year he bagged a National honour, Commander of Order of the Niger, awarded by the Federal Government of Nigeria, decorated by Goodluck Ebele Jonathan, the President of the Federal Republic of Nigeria.

He retired from the court November 25, 2015 after reaching the mandatory retirement age of 70.