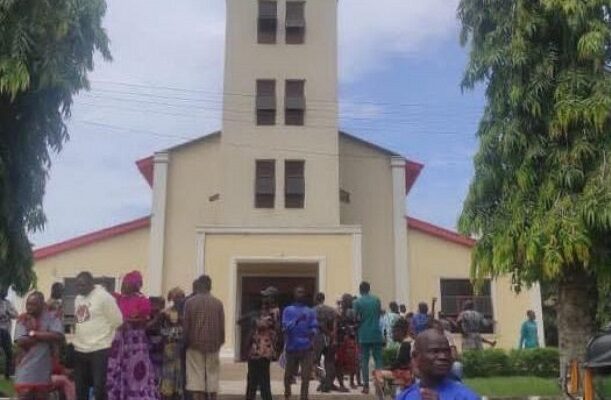 A socio-cultural youth group in Kogi State, Ebira Youth Congress (EYC) has expressed shock over the alleged involvement of their kinsmen in the attack of St. Francis Catholic Church, Owo, Ondo State.

In a statement, EYC President-General, Obiyo Ateiza Aliyu said the group is miffed by the action of the suspects, emphasizing that Ebira people are hospitable and hard-working.

The Chief of Defence Staff, General Lucky Irabor had on Tuesday confirmed the arrest of some suspects of over 5 June attack on St Francis Catholic Church which claimed lives of 40 worshippers, with many more injured.

The names of the suspects, as revealed by Irabor suggest strong Ebira ancestry.

However, in the statement, EYC condemned the Owo church attack and other forms of crime.

The statement reads: “Ebira Youth Congress (EYC) is miffed by the abject connection of Ebira youths to the recent Owo church onslaught in Ondo state as may have been confirmed by authorities.

“We uphold the undeniable sanctity of human life and any contravention can naturally stand to face the resistance of the prosperous Ebira people. As the act stands wholy condemned, we are appealing to the government at all levels to beef up security architecture that lives and properties may be safe and criminal suspects, brought to book.

“For any proactive Chief Executive, the unpredictability of situations in the country today should beckon to extra work on security, which is an agenda taken very seriously by a subsisting Ebira Governor in Kogi state.

“Just as the Ondo State Governor himself attests, Ebira people are a very good people, hospitable and hardworking wherever they find themselves. This recent happenings is not only abhorred by Ebira people but have no place in the socio political and economic lives of the Ebira Nation.

“And owing to the mix-up of several data arising from the crisis, some of which Governor Akeredolu recently clarified, the government must also be pivotal at validating the most authentic of investigations to fully counter weigh the current cynicism cloaking the matter in the media.

“Outside this possible misdeed of a deviant few, the unrepresentative penchant could not have been contemplated by the Ebira settlers who have peacefully and industriously populated the nooks and crannies of Ondo for centuries.

“While therefore enjoining the good people of the state to continue to sustain the rapport already established and enjoyed with our kinsmen in their place for ages, Ebira people in Ondo are equally reminded very strongly that securing Ondo is as key as securing Kogi itself.”