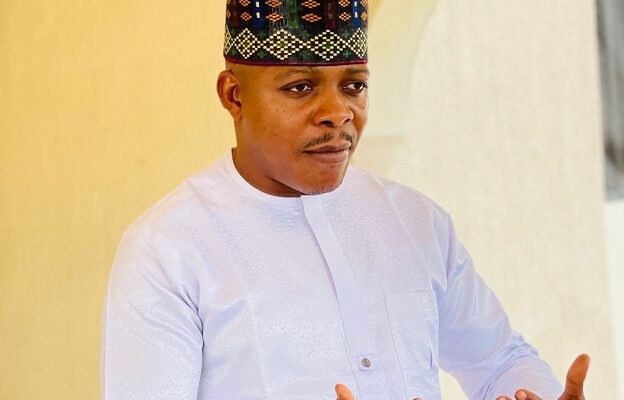 In the past few months, one man has stood visibly tall and indefatigably consistent in the pursuit of his political aspiration which has obviously excited lots of his admirers giving the social media enough to savour with intimidating projections of his resolve to redefine leadership and create a citadel for effective representation in Dekina/Bassa federal constituency.

His name is Usman Okai Austin CNA. A man with numerous interpretations and nomenclatures depending on your perception of his personality.

For those of us who understand the political enigma called Austin Okai, he epitomizes bravery and gallantry who thrives and trends effortlessly in the face of sponsored provocation or adversity by certain elements who are opposed to his sustained doggedness and advocacy for good governance at all levels of representation.

Consistency is a fundamental element in achieving greatness. This young man has demonstrated in no small measure what it takes to be great through his perseverance on issues relating to the party especially when the PDP experienced trajectories that seemed complicated or demoralizing. But Austin Okai will stay with the party to ensure the boat sails again no matter how much it may have been rocked by the storm.

This is the best time and indeed an opportunity to reward a seamless loyalist with scars of a relentless fighter who has defended the party in every given chance in a fashion that defines unalloyed dedication and loyalty to the ideological stand of the party.

Bequeathed with uncommon bravery and passion for humanity, Austin Okai, as a friend and brother whom I have known for some years, has the capacity to provide the needed legislative interventions that will bring Dekina/Bassa federal constituency on the legislative map where liberal leadership can be reckoned with.

Young and intelligent, Austin Okai, in the course of resisting injustices and fighting for quality leadership at the state has met humiliations and suffered political persecutions with several assassination attempts on his life but he is unfazed, undaunted and undeterred soaring visibly high like an eagle in the sky with the head bent downward looking for it target…. The target is good governance which is ultimately the manifestation of his aspiration to represent the good people Dekina/Bassa federal constituency.

I want to use opportunity to make a passionate appeal to our great party, the PDP, and the various stakeholders to trust him with their ticket/mandate.

Of course, Austin Okai will deliver.

– Suleiman Alhassan, the Ojoku Prince, writes from the FCT.