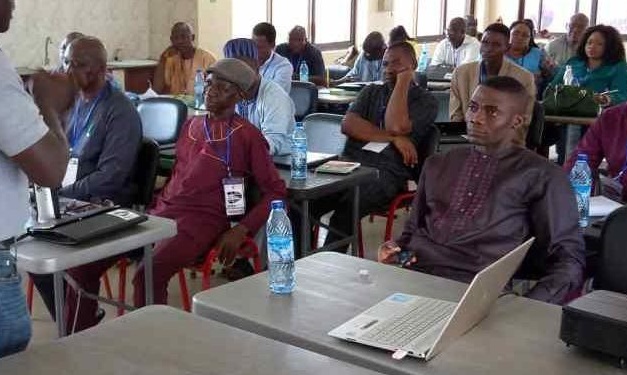 Over 60 journalists drawn from diverse sectors of the media, including print, broadcast and online media have gathered in Lokoja, Kogi state for a three day workshop targeted at improving their reporting skills in today’s digital world.

According to the Chief Operations Officer, Folio Communications, Mr. Pius Alabi, the three days workshop with the tittle, “Critical Media Practice: The Convergence Journalism” is meant to equip participants with knowledge for the job so as to impact on the society.

Speaking on the sideline of the training, the cooperate communication manager of the Dangote group, Tony Chiejina, said one of the cardinal objectives of the company is not just to maximize profit but to lend a helping hand to Nigerians through skills acquisition and empowerment.

On the importance of the training, he averred that the group has very robust relationship with the media, hence the need to empower them through the training to that they can be abreast with modern trends in the industry.

He noted that the Aliko Dangote Foundation has pumped in over $1. 25 million dollars to assist the poor and the vulnerable in the society.

A participant, Debra Iyiola Samuel from NTA, Kogi, noted that the training was not only timely but would assist media practitioners to be abreast with modern trend in the industry.

He particularly stressed that one of the lectures ‘Media convergence” which allows multiple tasks to be performed on a single device, would equip journalists on how to adjust to these new developments.