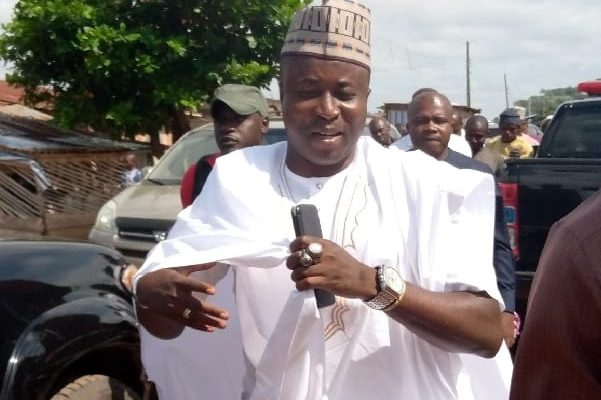 The Executive Chairman of Ajaoakuta Local Government of Kogi State, Prince Mustapha Aliyu Akaaba has tasked the people of area to participate in the forthcoming continuous voters registration (CVR) exercise scheduled to commence on 28th June, 2021 with online registration.

The Chairman while educating and sensitising the people on the need to participate in the exercise, noted that “as 2023 general elections draw closer, it is imperative that everybody who has attained the voting age of 18, in all corners of the local government should come out enmass and fully participate in the forth coming continuous voters registration (CVR)”.

Akaaba stressed that “bulk of Nigerian voters reside in rural areas, so there is need to go round all nooks and crannies of the local government and pass this message to them”

He further noted that the current reforms in the electoral system would make it difficult to rig elections in 2023, assuring the people that their votes must count in the elections.

“The Independent National Electoral Commission (INEC) has assured Nigerians of commitment to conduct more credible elections in 2023, so participating in the CVR is the only qualification to vote in the elections and any eligible voter without his or her voter’s card will have no business at the polling point and it should be noted that electronic transmission of election results will be adopted in 2023 and this will make it difficult for election rigging and manipulation. It will eventually put election riggers out of business,” he added.

The Council Boss also urged supporters and leaders of the All Progressive Congress, APC, to effectively participate in the CVR exercise, other vital electoral processes, and sensitisation of the grassroot people, advising electorates with the intention of selling their Permanent Voter Cards to resist politicians who would come to demand their PVCs in exchange for employment, empowerment or what a view, adding that it is a criminal offence to engage in such act. He warned that those indulging in such illicit transactions will be handed over to the appropriate authority to face the wrath of the law.

The chairman further warned that “In view of the series of CVR disruption processes in other states, I have synergized with the INEC and the security agents to deal with anyone found wanting. So, anybody caught constituting social menace or involved in inconsequential issues capable of undermining our security settings shall face punitive actions of the law.