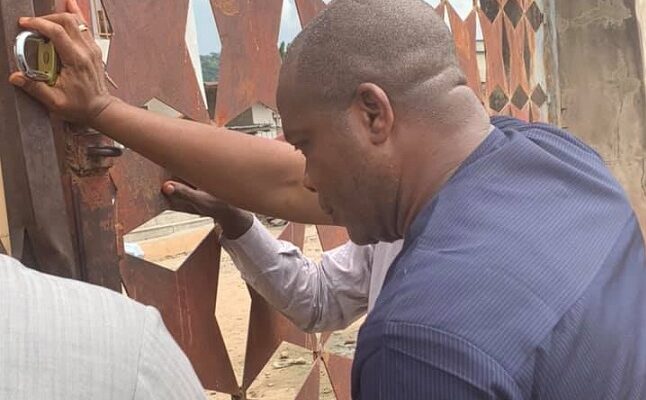 The four affected hotels are; Hollywood, Underground, Salok and Classy 2/4.

Leading security agents to seal the affect hotels on Saturday, Salami decried nefarious activities of hotel managers which led to the death of two persons at Hollywood Hotel on Friday night.

He stated that on July 14, 2021, the council banned club activities in the local government but some unscrupulous hoteliers continued to engage in it illegally.

He warned youths in the area and hotel proprietors to desist from any activity that can undermine peace and security of the local government.

“Our arrival in government is the arrival of peace and unity. Thanks to the Executive Governor of the state for his pragmatic approach.

“We are much interested in the safety of our communities and that supersedes other interests no matter who you are or what you represent.

“We have received series of complaints from various communities about the atrocities perpetrated in the name of club and clubbing, and the message is simple, our people doesn’t want it, hence, as a government of the people, we don’t want it. Whoever is caught after today, legal action would be taken,” he said.