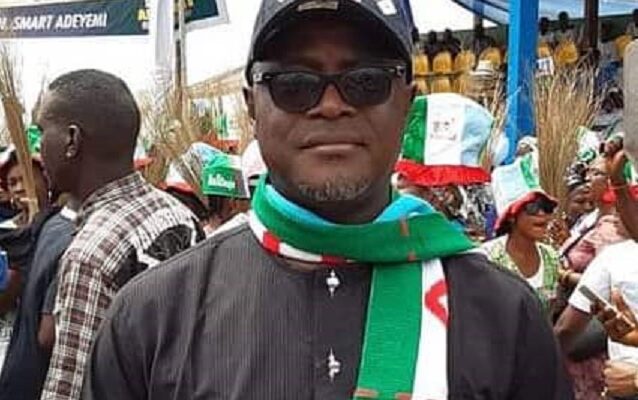 Hon. Saidu Akawu Salihu, frontline All Progressives Congress (APC) House of Representatives aspirant for Lokoja/Kogi Federal Constituency has described the decision by the party to sell its nomination form at outrageous sum as anti democratic.

Recalled that the ruling All Progressive Congress (APC) after its NEC meeting on Wednesday fixed the cost of the expression of interest and nomination forms for presidential aspirants at N100 million.

Hon. Saidu, in a chat with newsmen, described the amount for the nomination forms as effort that is capable to kill democracy and the APC in the country.

He maintained that for the APC that rode on the mantra of change and rose to power on the strength of the masses, the decision to make the nomination forms above the reach of the masses calls for concern.

He particularly disclosed that the amount for the purchase of forms would no doubt serve as herculean for many aspirants, expressed dismay that it would have negative impact and backlash on the party.

The former Commissioner and Lawmaker in the Kogi State House of Assembly described the N10million amount for the purchase of nomination form for House of Representatives as outrageous, described the decision as anti people.

While he noted that the APC promised a reform to all the levels of electoral process at inception, lamented that what is happening presently is a far cry from what the party promised on assumption of power in 2015.

He disclosed that it was a joint efforts of the masses to have raised the sum of N24million as nomination form for President Mohammadu Buhari in 2015, with the promise by Mr. President to reform the system, and lamented that this promise seems to have become a mirage.

He called on the leadership of the APC led by Senator Adamu Abdullahi to reconsider the decision, describing it as one that would not do the party any good, pointing out that the decision has outrightly shown that the party and democracy is for the highest bidder.