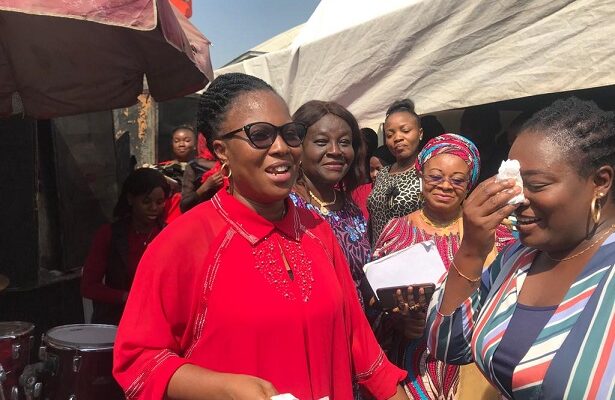 No fewer than 100 widows across the three Senatorial districts of Kogi, have been empowered with relief items and cash by the Treasures Bakery & Confectionery in Lokoja.

The Managing Director/Chief Executive Officer of Treasures Bakery, Dr Femi Akande and his wife, Mrs Kikelomo Akande, distributed the items on Tuesday, as part of activities to mark the 10th year Carol Anniversary celebration of the organisation.

Dr Akande said the gifts were made available to the widows both in cash and kind as a show of love to boost their living condition during Christmas season.

According to him, the items include: clothings, rice and other food items as well as cash donation to assist the widows in their petty trades.

“We decided to celebrate this year’s Carol and Treasures with the widows as a show of love to touch their lives.

“The benefitting widows were drawn from across the three senatorial districts of Kogi as well as organisations and establishments within the state.

“We also give scholarship to the children of the down trodden citizens whose parents cannot afford to provide for their educational pursuit.

“We will not relent in our efforts to care for the poor and vulnerable in our immediate society,” Dr Akande said.

In his Christmas message, Dr Akande urged the people to always give priority to giving to the indigent and the less privileged in the society.

He assured that the reward of giving especially to the poor and vulnerable is enormous as God’s blessings would always shower upon those with such spirit.

On her part, Mrs Kikelomo Akande, said it was their custom every year to reach out to widows from what God had blessed them with as a way of saying, ”Father, we thank you”.

Mrs Akande, who is the Executive Director, Send A Child To School Organisation, advised the widows to take proper care of their children not minding the situation they found themselves.

”The widows should do their best to make sure that their children become great in life,” she said.

She encouraged well meaning Nigerians to always put a smile on the faces of the less privileged in the society no matter how small.

”We planned for 100 widows but the turnout was much more, so, we have to make additional provision for all of them that came.

”In this festive season, we should give out to the poor out of what God has blessed us with,” she said.

Also speaking, Pastor (Mrs) Roseline Alabi, the Project Officer of Treasures’ Scholarships, said the organisation had been working on different humanitarian projects for the past 10 years in the state.

According to her, free holiday lesson is being organised for children in state as well as establishment of a Skills’ Acquisition Centre to enable students acquire skils.

Pastor Alabi noted that the centre had produced several students’ graduate in various vocational skills such as fashion design, baking, leather work, among others.

”We are very greatful to Dr Femi Akande and Chief Mrs Kikelomo Akande for their humanitarian gesture. The widows have been empowered with cash and various food items to enable them celebrate Christmas joyfully,” Alabi said.

One of the beneficiaries, Mrs Rukayat Mohammed, a mother of three children, thanked Dr Akande and his wife for always reaching out to the poor widows in the state.