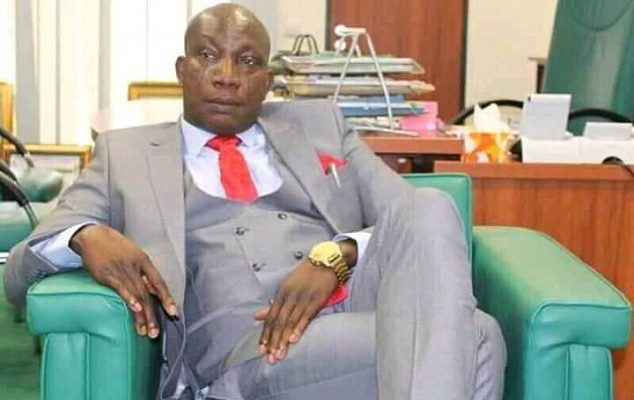 A socio-political Group, David Zacharias Door to Door Campaign Team has passed a vote of confidence on the member representing Idah Federal constituency at the House of Representatives, Hon David Idris Zacharias for what they described as “outstanding performance” as member of the green chamber since his election in 2019.

Led by Hon. Minkailu Yakubu to the lawmaker’s office at the National Assembly Abuja, the group pointed out his empowerment programmes, job facilitation, raising of critical issues that concerns the constituency on the floor of the House and ensuring that the constituency is properly represented as some of the reasons that motivated them to pass a vote of confidence on him.

They recalled how women and youths were trained in various skill programmes and how Zacharias was the first to empower his constituents in 2019, few months into his swearing in. They described him as a true, worthy, selfless and illustrious son of the constituency who has written his name bodily on the history of the constituency.

The group members who took turns to praise the lawmaker, wants him to remain focused, adding that they would continue to support and pray for him to enable him to actualize the mandates before him.

Leader of the group Yakubu Minkailu, used the occasion to remind the lawmaker that in the face of several projects he has facilitated to the constituency, there was still need for other communities to feel his infrastructural touch especially as it has to do with water and street light.

Yakubu added that, although they would not want to distract him with issues of 2023, he however noted that should the lawmaker make up his mind to seek re-election, they would work assiduously to see him return to the Green Chambers, just like they did in 2019.

In his remarks, Zacharias said he was grateful at the visit of those he called “dependable allies”, noting that he still remembers and appreciates the stress, sacrifice, pains and risk they passed through during the electioneering campaign touring villages and communities.

The lawmaker was particularly excited that since his election, members of the Door to Door team have always put him on his toes to put the people first instead of themselves, adding that once the citizens are happy, they would be happy too.

He used the opportunity to outline some of the projects credited to him, bills sponsored and motions that are of interest to the constituency with a promise of doing more.

Zacharias assured them of quality and people-oriented representation, just as he hinted that he would soon flag off another empowerment program for the constituency.

Zacharias equally enjoined members of his campaign group to remain loyal to the party, the APC and urged them to respect the leadership of the party at all levels in the state. The lawmaker called on them to vigorously give and support the presidential bid of the state Governor, Yahaya Bello whom he said has already received wide acceptance across the country.

He said beyond financial assistance, it was his responsibility and with their cooperation that those related and close to them gets to appreciate the good works of the governor as the journey for 2023 presidential election thickens.