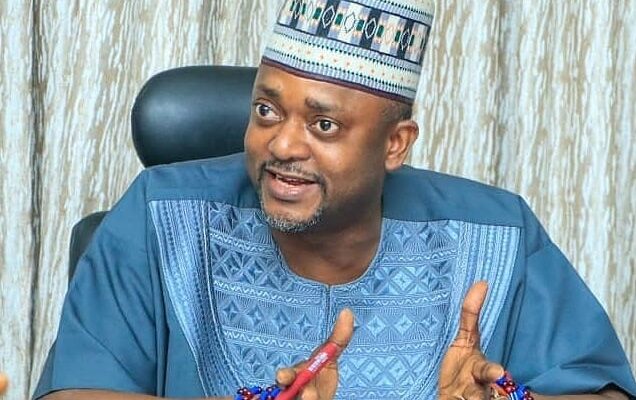 In a statement issued in Lokoja, the lawmaker stated that “I congratulate Chief Edward Onoja (CIK) on this landmark birthday and commend him for the leadership qualities exhibited as Deputy to our leader, His Excellency, Alhaji Yahaya Bello.”

“At 47, Chief Onoja has recorded several landmark achievements as a man of repute a great leader and a man of exceptional wisdom.

“While wishing Your Excellency a happy birthday celebration, I pray God Almighty to continue to keep you in good health and bless you with many more years of robust service to Kogi State”.

He also called on the people of his constituency, to sustain their support for the Deputy Governor to enable him deliver more impressive performances.

In the same vein, the Chairman of Kogi State Civil Service Commission, Hon. Adabenege Adams has described Chief Edward Onoja as a rare detribalized personality whose burning desires is to see Kogi State developed to the highest possible level.

Hon. Adams made this known today in Lokoja as he joined million of well wishers in celebrating the Deputy Governor whose birthday is today.

While emphasizing that Chief Onoja has adequately been an epitome of true loyalty and beacon of hope to many Nigerian youths, Hon Adams noted that his birthday is indeed a period of stocktaking of various human development drives which he had played strategic roles to its implementation in the state.

“No one can ever deny the detribalized and strategic roles Chief Edward Onoja has played which birthed this divine administration in 2016. He still remains ardent believer of the administration and this unwavering attribute is worthy of emulation.

“So, on this auspicious occasion of your birthday, I wish you the very best life can offer,” he prayed.

The Local Government Service boss also used the opportunity to congratulate Kogi State Governor, Alhaji Yahaya Bello for finding a worthy partner in his quest to transform the state to enviable heights.

Hon. Adams consequently expressed optimism that the balanced wealth of experience in both private and public sectors combined with attributes of hard work, diligence and passion exhibited by the duo of Kogi State Governor and his Deputy, Chief Edward Onoja would have enduring impact in generations to come.

Also, aA Lokoja-based businessman and chieftain of All Progressives Congress (APC), Hon. Jimoh Fancy Tiamiyu, has described the Deputy Governor of Kogi State, Chief Edward Onoja as a quintessential leader and God-fearing politician who has been a great source of inspiration to many young Nigerians.

Tiamiyu in a statement issued to congratulate the deputy governor on the occasion of his 47th birthday, said Onoja as a loyal servant has worked assiduously and harmoniously with his boss, Governor Yahaya Bello to transform and take Kogi State to greater heights of development.

The APC stalwart said: “Chief Edward Onoja, at 47, has no doubt, lived a highly fulfilled life that is worthy of emulation and commendation. He is a godly politician who has contributed in no small measure to the advancement of democracy and service to humanity. He is a friend, a brother, a boss and a mentor to me. As a matter of fact, he is the true definition of a mentor. Someone you can count on or rely on any time, any day. He looks at issues with an eagle eye and provides solutions in real time. A reliable boss that never disappoints his followers, as he tries to solve every problem within his reach. He is indeed a perfect example of a problem-solver and goal-getter.

“The man Onoja is a brain box and thinks outside the box when the need arises. He fears God and eschews evil. He is a lifter of men and a builder of dependable relationships. A fervent advocate of true friendship built on trust and respect, Onoja is one man who takes risks for friends as long as it is worth taking. He is a Loyal Servant to his Boss, the ebullient Governor Yahaya Bello who he served with unmitigated dedication and commitment as Chief of Staff and now serving diligently and conscientiously as deputy governor.”

Describing the Kogi deputy governor as a detribalized politician, the business entrepreneur and Director General of Lokoja LGA Bello-Onoja Governorship Campaign Organisation in the 2019 guber poll, added: “Just like our leader in the state, His Excellency, Governor Yahaya Bello, Chief Onoja is a completely detribalized and patriotic Nigerian who works freely with people of different tribes without any form of discrimination and segregation. He is such an admirably humble, gentle, calm and unflappable fellow, but quite eloquent and outspoken on issues of paramount importance to the people.”

“He is not just a Christian but a prayerful Christian full of the Holy Spirit. He is a respected and responsible family man who loves his family and home. As he clocks 47 today (August 9, 2021), I wish him the best that life has to offer. May God grant him many more years of happiness, fulfilment, favour, blessings and sound health of mind and body!”