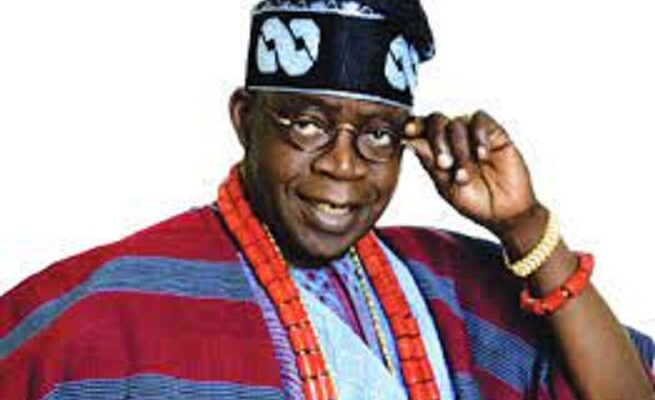 The character traits of such fellows Heavens specially selects to serve Him and evidently humanity will include, among several others kindness, mercy, sympathy, selflessness, fairness and above all, fear of God Himself.

A person’s capacity to offer care, respect, show hospitality, tolerant, demonstrate love, forgiveness as well as the ability to promote genuine harmony among the people with divers interests tells a lot about the person’s sense of humanity.

What then is service to humanity or a call to serve?

Being called to serve either as a Senator, a Governor or a President of any Nation or a part thereof is not just a mere vocation. To heed the call to serve is to be fully responsible for others, to consistently and continually demonstrate the highest commitment fairness and ability towards their goals, needs, feelings, interest and emotions.

The interest of a successful leaders of men lies in the interest of others. To serve the people who had generously surrendered their mandate to you the opportunity to lead them you must earn for yourself their trust and believe.

In the Federal Republic of Nigeria political space of today, there are various individuals and characters who have shown interest to occupy the position of the President and Commander in Chief and lead the country ostensibly into greatnes but, are they qualified ?

Do they have the right experience to achieve these feats? Is lack of experience not majorly responsible for the poor performance of most political office holders of the past ? Is educational qualification not a very clear added advantage for good leadership or is personal transparent integrity not a core value to becoming a promise keeper and trust worthy President of Nigeria ?

Do Nigeria politicians not take the oath of office to serve, protect and to provide good governance or do they not do otherwise.

Due to the massive failure on the part of most politicians, Nigeria have shown a large scale of distrust towards the political class. This is mostly due to lack of credibility, inefficiency, gross lack of transparency, accountability, empathy and the lack of technical knowhow.

Surely one would say there are lots of square pegs put in round holes.

In a country like Nigeria where some public office holders whose character deficits and lack of proper understanding of what call to serve is all about, responsible for the irresponsibility and impunity being displayed by some of the public officers in Nigeria.

Lack of empathy, selflessness, decorum and the total disregard for the rule of law by some politicians and political office holders has cast a dark shade about their proper understanding of the phrase call to serve.

Going forward through 2023, Nigerians must choose leaders based on credibility, wealth of experience, educational qualifications, humanitarian service, self control, quality personalities traits with a history of empathic philanthropy and emulative past records.

When the people of Nigeria understands that electing leaders into political offices is putting their lives within a time frame of not less than four year period into the hands of these leaders they have elected, the country will begin to take her footings in the right direction.

But then, can the fellows now buying expression of interest and nomination forms angling to become President come 2023 deliver leadership and good governance to the citizens ? Do they understand what exactly they are asking for ? Are they indeed in the category of those call to serve.

The urgent needs and demands by the people are achievable but it requires persons with humanitarian experience and desire to take the bull by the horn and turn things around positively by not just understanding what it means to be called to serve but also the self sacrifices and deniers that are involved in been called to serve.

With someone who is selfless, experienced, knowledgeable, responsible, transparent, accountable, educated, philanthropic, well traveled, a business magnate, a former Governor of Lagos State with clear records of achievements, a God fearing personality who possesses high morals and integrity like ASIWAJU BOLA AHMED TINUBU,THE JAGABAN BORGU Nigeria in four years can become the envy of other Nations around the world largely due to his personal knowledge of being called to serve.

Asiwaju Bola Ahmed Tinubu, the former Governor of Lagos State, a former Senator of the Federal Republic of Nigeria, a proven excellent manager of men and materials with unquestionable competence in leadership and his wealth of experience in national and international politics; whose educational qualifications in various field and conflict resolution, who is a seasoned business expert, a successful business mogul has shown that no knowledge is a waste and the continuous search and acquisition of the right knowledge and experience which had prepared him for the opportunity to answer the call to serve the people of Nigeria as their President come 2023.

His role in the socio political and indeed economic growth and development of the contemporary Nigeria space can not be over emphasized. Poverty alleviation and community development, between 1999 till date in Lagos State and indeed across the state of the South Western Nigeria is a very clear bragging feat. He has helped to lift hundreds of Nigerian citizens out of poverty since his emmrgence on the landscape.

He made children of nobody from every segment of Nigeria to become somebody without nessesarilly knowing anybody.

Clearly Asiwaju Bola Ahmed Tinubu has proven to be a man who put Nigeria People first irrespective of tribe and tongue because he understands what it means to answer the call to serve in the fear of God .

Thank God the People of Nigeria are so lucky to have such a great personality like Asiwaju who is willing to serve his people at every given opportunity, especially now.