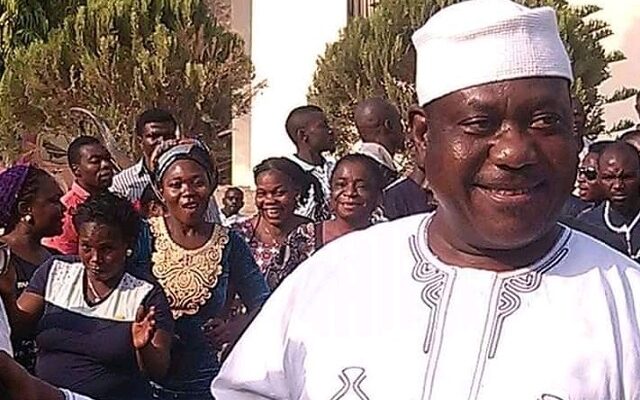 As the campaign to elect a new National Chairman of the ruling All Progressive Congress (APC) hots up at the national level, a group known as the Northern Youth Concerned Group (NYCG) has declared its supports for a former governor of Benue state and the present Minister of Special Duties, Dr. George Akume, saying that he is the best man for the position.

The group made the declaration at a press conference in Abuja by its chairman, Hon. Musa Wada, on Tuesday.

Wada said the group has conducted wide consultations within the ruling party; among women and youth groups and came to the conclusion that Akume would make a good chairman that would lead the party to victory in 2023.

He said the political credentials of George Akume attests to this fact because he is the only former governor who after winning elections in his state to be governor twice on the platform of a ruling party twice decamped to an opposition party and lead it again to victory in his state.

He pointed out that as a core politician, Akume knows how to bring good political strategies for the benefit of the party and its victory.

“The group is using this medium of a press conference to solicit for the support of all APC stakeholders, particularly the party’s national delegates to ensure that they make decisions in the best interest of the party by voting Senator Akume as its next national chairman.

“Considering Akume’s landmarks in leadership and highly positive and impactful tenure as a senator and today, a Minister of the Federal Republic, the national chairmanship ambition of the man, who is without doubt the father of modern day Benue state is timely and a welcome development that should be given all the necessary support by all segments of the party.

“To say Akume is highly qualified and suitable to be the National chairman of the ruling APC is not only succinct but also the best decision of a political juggernaut who many see as one of the loyal allies of our integrity laden President Muhammadu Buhari.

“It is therefore on record that since the return of democracy in 1999, Akume’s leadership acumen has made him to be a recurring decimal in our political history. Time will fail to mention his human empowerment programme which today is still standing tall in the mind of Benue state citizens. In fact, Akume today is widely considered as best man for the job,” he said.

The group applauded the national caretaker committee led by Governor Mai Mala Buni for their efforts towards restructuring the party and accommodating more decampees from other opposition parties, especially the Peoples Democratic Party (PDP).

They share the optimism that the contest for the APC chairmanship is a walk-over for Akume.