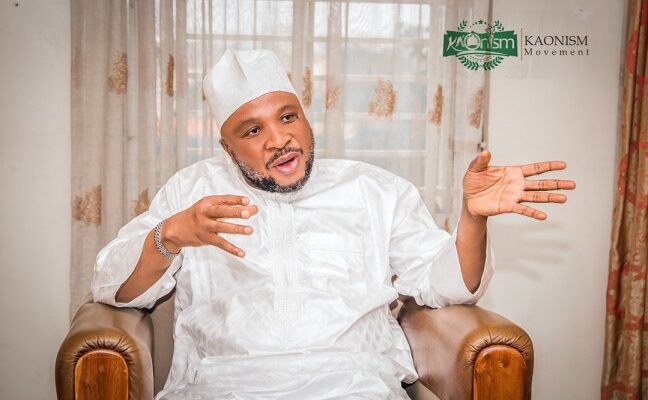 A chieftain of the All Progressives Congress (APC) and founder of KAONISM Movement, Dr. Khalifa Abdulrahman Okene, has called on Federal Government and the leaders of Academic Staff Union of Universities (ASUU) to find a common ground to resolving the lingering strike.

Khalifa said the about 7 months long strike action has negatively affected students, which in turn has ripple effect on the nation.

The APC chieftain made the call during an interactive session with journalists in Abuja.

He maintained that education, especially tertiary education, and all of its activities plays a vital role in nation building and as well a top index to the nation’s growth.

Speaking further, the APC chieftain insisted that such interruption in the education sector can results to students engaging in social vices and it is as well undermining efforts at developing the nation’s human resources.

In the same vein, Khalifa Okene advised Nigerians to consider the myriads of problems confronting the country education sector and choose leaders that can confront them, irrespective of religion or creed.

This, he said the former Lagos State Governor, Bola Ahmed Tinubu who is the APC presidential flagbearer in the forthcoming 2023 Presidential election would restore Nigeria’s lost glory globally, address issues bordering the education sector, and unite all major interests and ethnic groups, which have lost faith in present-day Nigeria.

He stated that only Tinubu has what it takes to present a lasting resolution to the protracted strike action and differences between the Academic Staff Union of Universities, ASUU.

He appealed that Federal Government should please be concerned about the students at home for the past 6-7 months and find solutions to the strike for students to resume back to schools.

Speaking on issues bordering State Policing, he said the idea might be counter productive as each state is structured with a commissioner of police.

His words: “I still believe that the center police force is okay for all of us. But, let them be well equipped. It is already in itself decentralised. As a state, you have a commissioner of police, you have your own police.

Commissioner of Police is like a state police for you; he is working on your state’s and advising you on security. If all these are well equipped, what is the problem? What are we agitating for? What are you restructuring?