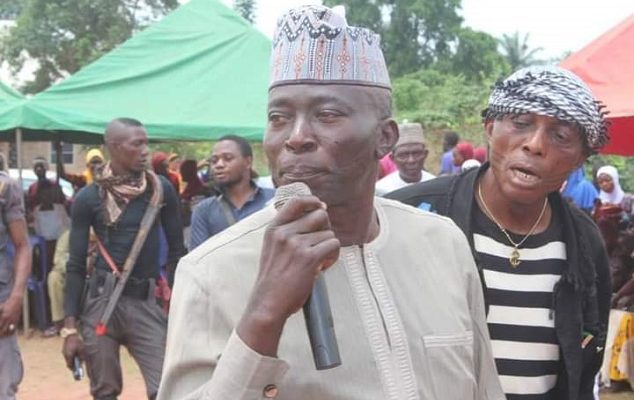 The executive chairman of Ankpa local government area of Kogi state, Hon. Ibrahim Abagwu has promised to rehabilitate Emere market and strengthen security within its environment.

Abagwu made the promise during the inauguration of tax force committee of the market in order to boost the socio-economic life of the area and its surrounding communities.

He said: “my administration will play a very positive role to encourage the smooth functioning of the market by enforcing rules and regulations to eliminate constraints to overall economic growth and development.

“I promised to rehabilitate shops and strengthen security within the market and its environs for the benefit of the people from internally generated revenue of the area.”

He charged the inaugurated tax force committee not to sabotage the efforts of his administration and urged them to pay returns of the IGR to the local government coffers.

“The fund is inline with Kogi State new direction administration policies in uplifting vision to ensure that all forms of street trading are abolished and also to avail traders of secured location to conduct their business. We shall embark on rehabilitation of market stalls/shops across the markets in the council”.

In their remarks, the community statesmen described him as a competent administrator whose tenure has restored the lost glories of the area as residents now sleep with two eyes closed.