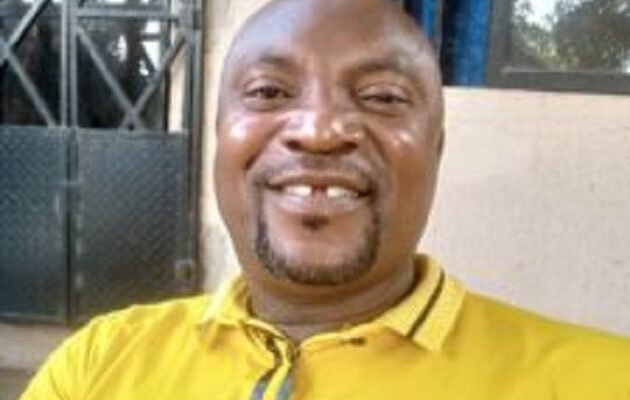 Ankpa Federal Constituency; Time to Act on Orchestration Against Omala is Now

There was a man in a far country with a bounty orchard. He has three children. The orchard has all it takes to nurture, feed and prosper the children. However, the orchard would be possessed by a child at a rotational interval.

The father, before he embarked on a journey, called the children and gave them instructions on modalities of the possession.

He told and warned them on inequality of access to ownership. He had warned them against undermining his instructions which could spell doom for them.

He had said each one of them is as important as others irrespective of size and stature. He advised them to guard against manipulation to avoid revolt.

On the day of his travel, he called the senior son to accord respect to each other on how to tend and eat the fruits in the orchard so as to engender mutual trust and intimate relationship.

However, the instructions to respect mutual rotation in the tending, nurturing and eating of the fruits was to be abused by the older siblings.

The first son who took a shot immediately after the father took his Journey was to continue in the sumptuous meals that the orchard could afford with minding the instructions of his father. He possessed it for seven times before handing over to his immediate brother whose on receipt ,saw the perks and was swallowed in its sweetness as he followed the inglorious routes of his senior brother by spending five times in the orchard.

It took persuasion and appeal from well meaning neighbours for the two brothers to concede a consolation of one term to their youngest brother.

The present Ankpa-Olamaboro-Omala Federal Constituency was an amalgam of Ife District, Ankpa District, and Olamaboro District of Ankpa Division in Old Kabba Province of Northern Nigeria. The Ankpa Division was one of the three Divisions of Igala Kingdom, that is; Ankpa, Idah and Dekina Divisions.

Although, the trio have different numerical and human capital strength, they were viewed as equal in matters that concerns the Division. However, when in 1959, election into the federal House of Representatives took place, Ankpa Division being the senior of the three was supported to produce the first ever member in the person of Hon. Achimi Adaji, followed by Dr. Abubakar Usman , and when Democracy was restored in 1979, Dr. Egene Adah emerged as Representatives of the Division.

When Ankpa has eaten and belly filled, it handed over the baton to Olamaboro Local Government Area who is dialectically in affinity to Ankpa, commenced the marginalisation against Omala, with the production of five members of the Representatives. The Representatives include, Hon. Abubakar Abutu, Hon. Eleojo Abah, Hon. Mike Ogabo and Hon. Attai Aidoko served two terms back to back.

With the entrenched manipulation by the Ankpa and Olamaboro to consistently deny Omala from having access to the federal House of Representatives, it has become imperative for Omala sons and daughters and the lovers of Omala to wake from the slumber using every known democratic means to ensure that the forthcoming House of Representatives slot becomes sacrosanct to Omala to pacify the people.

The elites from Omala, irrespective of party affiliations, should consider this struggle to wrestle the area from the shenanigans of their Ankpa and Olamaboro brothers and anything short of this clarion call will continue to undermine the integrity, capacity of the people of Omala which the incoming generation would not treat them with levity.

It is also hoped that the politicians from Ankpa and Olamaboro would do the needful by allowing Omala to take another shot now and follow suit in subsequent elections to balance the equation to foster brotherhood and engender even development across the Constituency.

However, one will be tempted to say that, while in Benue state, Ife District, now Omala LGC had produced Alhaji Sule Iyaji as Deputy Governor, while Alhaji Ibrahim Idris from the now Omala ruled Kogi state for two terms, hence, no iota of marginalisation against her. But, it should be noted that, the issue of governorship is entirely different from Representatives election.

While a member of the House of representatives is entirely the product of the Constituency in the national polity, the Governor is a representative of the entire state, hence, he will lose his constituency immediately he is sworn in.

Sadly, Omala LGA has been treated as pariah in the constituency it has equal stake but the trend should be jettisoned with the forthcoming National elections. As the popular sayings of our forefathers, that if one makes peaceful change impossible, violent change becomes inevitable, God forbid! A stitch in time saves nine.