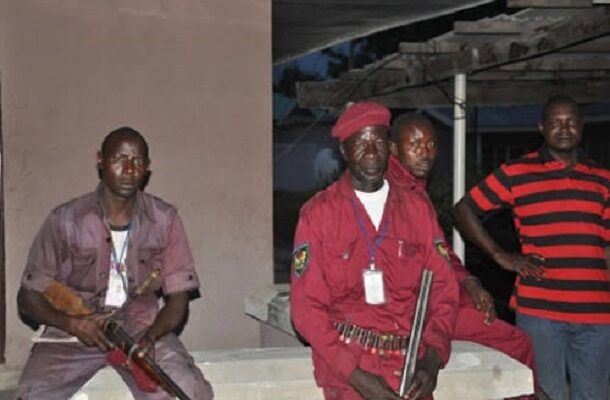 Ankpa Atakpo: We Were Wrong

We thought the Atakpo will arrest all the robbers with a magic wand waved around them.

Before Tuesday’s bank robbery, Ankpa was under attack, not by robbers but by state sanctioned thugs. Their work was to kill — at the slightest suspicion of theft. Gory tales of extra judicial killings have characterised Ankpa, so bad that I on 25th May, 2021 wrote a piece; titled “The Reign of Ankpa’s Unknown Killer Squad”. That was after I saw them manhandle an old woman who vends food around the township stadium. Her offence was simple, she sighted them in her neighbourhood and unconsciously screamed, ” the killers are here”. But who will not shout when men on masks, wielding guns, arrive in her neighbourhood?

Months after that encounter, they killers became bolder, thus unconcealed their faces. They even established a physical office and were named Atakpo.

If you are arrested by Atakpo, you are as good as dead.

People were killed on frivolous allegations as theft of recharge card, even when they are not caught in the act.

Atakpo are believed to have spiritual powers to determine who is a criminal, so their judgement did not require evidence or proof. It was just about their assumption.

They were also believed to have powers to disappear, reappear and above all, guns cannot injure them.

We all believed in their supernatural powers until last Tuesday when Ankpa was brought down on her knees by armed robbers.

We thought the Atakpo will arrest all the robbers with a magic wand waved around them.

We were absolutely wrong!