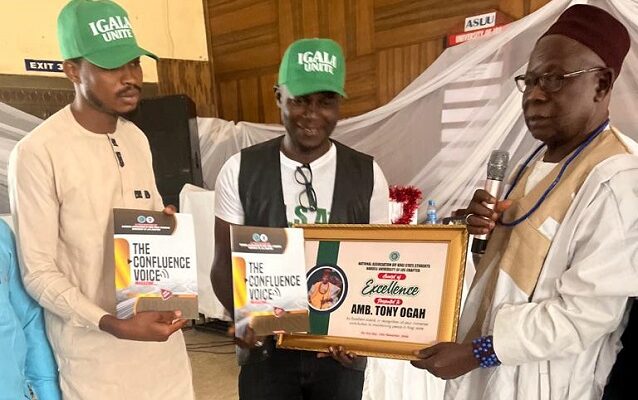 Amb. Tony Ogah has been conferred with an award of excellence by the Igala Students Association (ISA), University of Jos chapter.

At the event over the weekend, Amb. Ogah was also bestowed with the ‘Student-Friendly Leader’ award for his support and commitment to the student community nationawide.

The annual event featured the unveiling of Confluence Voice Magazine and installation of the ISA President, also know as Ata Igala Unijos.

The occasion was graced by notable personalities like Musa Idoko Abdulrahaman, Robert Arome Eboh and the Kogi East ADC Senatorial candidate, Hon Hilary Edime Amodu who was also among the award recipients.