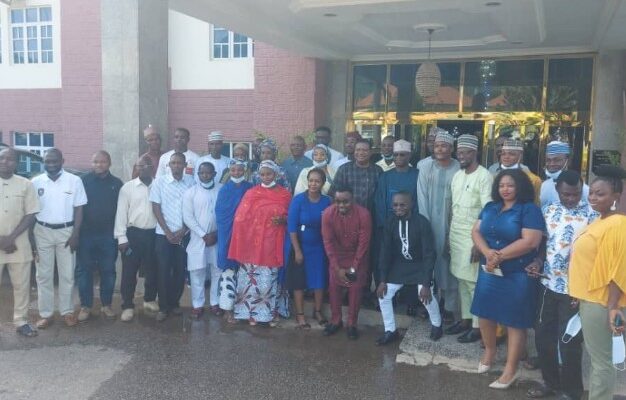 A media professional, author and former Managing Director of Daily Trust Newspaper, Alh Isiaq Ajibola, has called on Journalists to rise above the tide and always present their stories in a way that will distinguish them from the ones written by untrained social media influencers.

Speaking as the Chairman of a three-day training programme organised by MacArthur / DailyTrust Foundation on multimedia reporting on Tuesday in Lokoja, Ajibola welcomed participants to the training programme and admonished them to use the opportunity it offers to sharpen their multimedia skills.

Citing current trends of deluding information in the media as a challenge, he said the “training in multimedia and investigative reporting is very relevant to the media profession, and the idea is an off the shoot of the global trend in journalism. It is about the convergence of the media, where broadcast, radio, and print meet on various platforms enabled by the Internet.”

He said that “ in about two decades ago multimedia reporting was unthinkable as print journalists took pride in being great news reporter or feature writers just as broadcast journalists were fine when they became eloquent and classy newscasters; while radio broadcasters thought they were content with reporting with melodious voices that gained readership and patronage for their various media.”

“Today, anyone who harbours such thinking is in delusion, as the Internet has broken down the walls journalists over the years, built around media platforms. Most significantly, in this age of information overload called infodemic, the written text may be seen as a waste of time and attention. Indeed, news consumers are now fascinated by video, images, sound, graphics etc., and they want it on mobile phones, as conveniently as the Internet could make it. As news content creators, we cannot remain in the past; we must migrate to platforms where news consumers inhabit. This is why you are here today”.

He further emphasises the fact that participants must understand that they were attending to deepen their knowledge and digital skill at a time when the media is experiencing so much trust deficit that every news item on social media is approached with doubt and suspicion. Before this dispensation, he said, “whatever was published by the mainstream media was considered as veritable and verifiable truth that the consumer of news could largely take to the bank. Today, due to what we call ‘citizen journalisms’ and digital platforms’ craze for ‘click-bait,’ the idea of ‘fake news,’ promoted by the authorities, has defaced the journalism profession.

He, therefore, challenged the participants to use the skills they will acquire in the next three days to reverse this perception.

“You can do this if you deliberately and responsibly use the skills to distinguish your media, whether legacy or emerging, in a manner that whatever is published on your platform is reliable and credible”.

The three days training programme, which holds at Reverton hotel, Lokoja, is well attended by journalists from both print and electronic media that cut across the North- Central geopolitical zone.