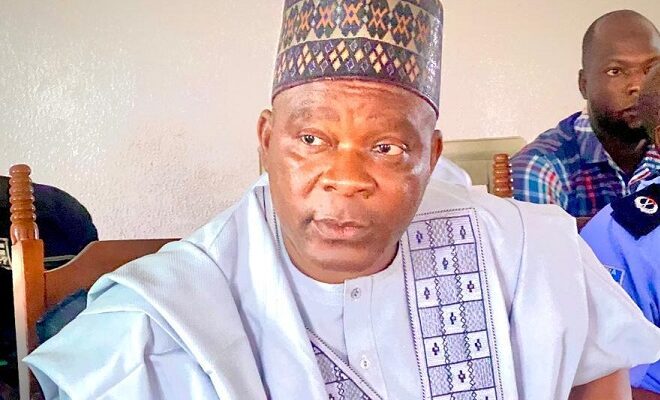 As political campaigns commence in earnest, the Chairman, Adavi local government of Kogi state, Hon. Joseph Omuya Salami has called on traditional rulers and ward heads in the area to caution their subjects against violence and inciting words.

Salami made this known at a security meeting with traditional rulers, ward heads, security agencies and concerned stakeholders in Adavi LGA on Thursday.

He urged the royal fathers to convey the message to their subjects across eleven wards in Adavi.

The Council Chairman noted that inciting words could affect the relative peace the people of Adavi enjoy at the moment. He added that whoever used the means of a political campaign or election activity to insult any leader in Adavi will not be pardoned as he vowed that he will use appropriate authorities to deal with the person, and in a case where the person is far from home, the family will be held responsible.

“We have enjoyed peace and we won’t trade that with anyone, either an indigene or a stranger.

“This administration will not tolerate indiscipline in the society and what has happened in the past that claimed the lives of many in Kogi-Central will not repeat itself ever again. H.E, Alh. Yahaya Bello is a no go area for anyone, we won’t take any insult on his personality likely with anyone. Election will come and go, we want everyone to campaign for their candidates without insulting any leader, talk more of the governor,” the council boss warned.

He commended security agencies and monarchs for their cooperation and commitment.

The Area Commander who spoke on behalf of the security agencies, Ibrahim Usman, commended the council chairman for his bold steps in summoning the critical meeting before the campaign commenced. He acknowledged that security is everybody’s business, but leaders of every community have a vital role to play because of their closeness with the people. He urged them to do the needful and talk to their subjects.

The Ohi of Adavi, and every other royal father who spoke, highlighted the major projects and benefits Adavi Local Government has gotten from Governor Yahaya Bello’s led administration, and vowed to support him to succeed.

“We will talk to our people, we are very optimistic they will hear because everyone in Adavi is enjoying peace, and the accolade goes to the government of the day. whoever does otherwise, we will be the one to report the person to the appropriate authority. We thank Governor Yahaya Bello for his level of tolerance,” the royal fathers and ward heads stated.