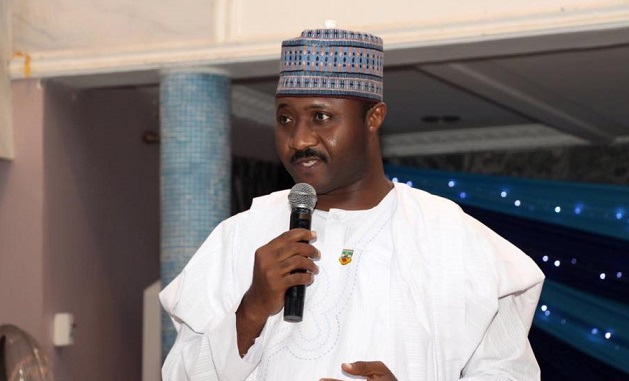 A Birthday to Remember: Celebrating Alhaji Idris Yakubu at 53

The meanings people make of birthdays are quite emotional. Our birthday replicate the day we first opened our eyes to this wonderful world and experience the beautiful creation of God, that is for one who still sees the world as beautiful.

Again, they are people who give birthdays an occultic interpretation involving the transport of the soul out of the body to the source for a meeting with the supreme for sustaining powers. Whatever is done or undone, birthday remains significant in our lives one way or the other; it either rekindle the flame of our aspiration or brings us into the reckoning of our friends, families or associates and their expectations on us.

For Idris Yakubu, birthday especially this edition is significant in more ways than one. Yakubu is a man after many hearts, and surrounded by many who cares, appreciate and genuinely loves him. For them too, his birthday counts.

The intriguing part that the former Managing Director of Nigerian Aviation Handling Company Plc (NAHCO), Alh Idris Yakubu, will celebrate his birthday on the 16 of May is no mere coincidence. It is divinely ordained. Piloted by the hands of God, that indeed underscores the significant roles ones noble understanding and personal relationship can play in shaping one’s destiny.

This indeed raises the salient questions. Could he have fathomed out that he would clinch the enviable status of being acknowledged as one of the finest and best managing director of the important but sensitive NAHCO before he resigned? Of course not. Could he also have dreamt in his widest imagination of attaining the elusive feat of being a professional accountant at a very tender age and rising up to be the President of the prestigious award winning Lagos Business School alumni class from 2012-2016 and President of the University of Jos Alumni Association worldwide from June 2016 to February 2021 leading a team that is adjudged as the most successful in the annals of the association? Not in his widest imagination.

This is a young man like in the old who was almost written off by his peers at an early age either because they thought he was too playful or too ambitious. That is when he expressed his desire of becoming an accountant in response to a question on his chosen profession. But by the twist of immanent fate just like sir Isaac Newton, Albert Einstein and Charles Darwin before him who were similarly written off in their youth, Alhaji Idris Yakubu similarly as those greats before rose up to break the jinx. Newton was derided by his class teacher that he would never rise up to be somebody of substance. Einstein was derided by his chemistry teacher as a nonentity. Darwin was told off by his own father as better off as a  hunter of rats and rabbits. But none of them gave up.

While Newton, now regarded as the father of physics, defied his teacher and discover the gravitational force and Einstein gave the world the theory of relativity and was voted in by the renowned times magazine as the man of the 20th century, Darwin broke the rules with his ground-breaking Evolution phenomenon. In a similar vein, Idris Yakubu rose up from nothing to accomplish his dream of rising up to the peak of his professional calling – the banking and finance sector and became the  Managing director of the Nigerian Aviation Handling Company Plc, the Nigerian leading aviation cargo and aircraft handling company which he brought so much transformation and growth.

He was also executive director of Skye Bank PLC now Polaris Bank where he stood tall, head and shoulders above his peers.

As Bruce Lee of blessed memory once admonished, great people turn their stumbling blocks into stepping stones and indeed, the hands of God guiding Idris Yakubu has been both instructive and inspiring.

As he rose systematically and pragmatically through his God ordained career path, the all knowing placed before him a stepping stone which he climbed swiftly to achieve his dream. Yakubu is today one born to break the rules. The rest the say is history and an interesting one at that.

His successes in the banking industry follows the quranic injunction which says ,:Do you see someone skilled in their work? they would serve before kings and not someone of low ranks. The hands of God truly seems evident in the achievements of Mr Yakubu when he served as the  managing director of NAHCO. The period he served as the Managing director of the cargo handling company is today regarded as the golden years of NAHCO because of the many feats of unmatched achievements recorded in the sub sectors of the aviation economy such as the high return in  turnovers.

The much – acclaimed excellent service delivery of Nigerian Aviation Handling Company Plc (NAHCO Aviance) received further endorsement with the recertification of its operations by IATA. Staff promotion and employment generation were not left out too.

Another significant factor that has seen to Idris Yakubu successes is being blessed with a sound and blessed family of his own. Himself and his wife have their lives firmly rooted in God. Both of them seems to be made for themselves as love for each other seems to be their marriage  leitmotivs and this leitmotival matrimonial virtues have bonded them till today. She is a wife stood firmly by him through thick and thin as his mainly pillar of support. Unknown to many, she is an epitome of humility.

When translated to public sector, Idris Yakubu’s exemplary passion for wife and children, unquantified  humility, dedication to God and duty, courage ,candour, and loyalty would continue to see his rise to heights of more laudable achievements in his remaining life pursuits. He has now become  a blossoming symbolic coconut, imbued with tremendous attributes of all parts, useful to mankind as foods and a unique plant with healing powers. He is a leader for today and the future. For a man who has no iota of betrayal in his DNA, the future would be bright.

Writing a tribute for a man like Idris Yakubu on his birthday as he clocks 53 on the 16th of May is really an herculean task and this simply not because of lacking in what to write about this great man but because of being accused of being over patronising. But we shall always write about him for people who do not have the opportunity to know him and his virtues to know him.

Like John Allen more once said, work joyfully and peacefully, knowing that right thoughts and right efforts would inevitably brings right results. This is true about the personality of Idris Yakubu that all should embrace.