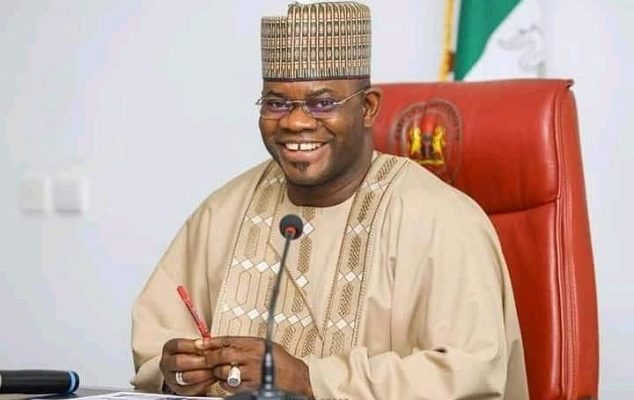 Hon. Suleiman Abdulkareem Onyekehi, the Special Adviser on Special Projects to Governor Yahaya Bello (GYB) of Kogi, has eulogized the Governor for his unprecedented milestones in all sectors of the economy of his 6th year of the second anniversary in his second tenure in Office.

Onyekehi, in an interview with the News Agency of Nigeria (NAN) on Friday in Lokoja, commended the Governor’s efforts in infrastructural and human capital development across the state for the past six years.

”Congratulations to His Excellency, Alhaji Yahaya Adoza Bello, the Executive Governor of Kogi State for successful anniversary of 6th year in office and 2nd year in second tenure.

”You have indeed made a significant history in Kogi State. The sincerity of your unifying leadership and equity has successfully united the people of Kogi State, secured the state from crime, developing the aged long infrastructural decays, building  youths and women in leadership”, he said.

Onyekehi further praised the governor for his honesty and quality of fairness, equity, justice and inclusiveness in governance in the state.

He stressed that Bello had performed excellently well in education, health, security, infrastructures and in all sectors which had made him to stand out among all other state governors in the federation.

According to him, apart from his prodigy in security, the governor had severally demonstrated his capacity in uniting the ethnic, tribal, and cultural diversity of the state and has invest tremendously in youths and women empowerments.

He emphasised that the governor had surpassed the 35 per cent affirmative action for women in the state, and called on all women across the country to unanimously mobilise their support for the governor in his bid to to lead the nation come 2023.

He further commended the governor for executing legacy projects that were equitably distributed across the senatorial districts of the state.

”Your Excellency, your legacy projects, infrastructural development and empowerment programmes are crafted to satisfy all and sundry.

“Rural roads are being constructed and rehabilitated, upgrading of schools and hospitals, rural electrifications and establishment of new Confluence University of Science and Technology (CUSTECH).

“In addition, the youthful governor has the strength, experience and stamina to his advantage with a lot of energy and intellectual capacity that can be deployed for the progress of the country.

”It is these qualities of equity and inclusiveness that endeared the governor to youths across the country that are clamouring for him to contest presidency in 2023,” Onyekehi said.

The special adviser, therefore urged the people to continue to support the governor and his administration to continue to deliver dividends of democracy and good governance to the people of Kogi state and Nigeria at large.

Onyekehi, who doubles as the state’s Focal Person of the National Social Investment Programme (NSIP), eulogised the governor for his unalloyed support for all the components of the programme.

”The NSIP remains the most impactful social intervention programmes any government had ever initiated in this country in terms of poverty alleviation, entrepreneurs and job creation.

”Your Excellency, we are grateful to our amiable and pragmatic Governor for taking the lead as far as the NSIP is concerned in Nigeria.

”On behalf of myself, the management and staff of Kogi NSIP Office, I say congratulations your Excellency on your sixth years in office as the Executive Governor of Kogi State”.