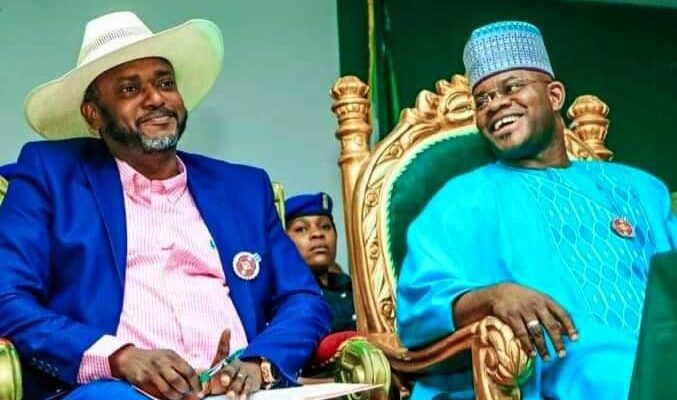 The member representing Ankpa, Omala and Olamaboro Federal Constituency at the House of Representatives and Chairman of the House Committee on Steel Development, Hon. Abdullahi Ibrahim Ali Halims has felicitated with Governor Alhaji Yahaya Bello of Kogi State on his second term two years anniversary in office.

The federal lawmaker, in a congratulatory message issued in Abuja on Thursday, also used the opportunity to extoll the Deputy Governor of Kogi State, Chief Edward David Onoja who he described as a visionary ally and dependable co-visioner to the Governor.

While wishing the Governor continued guidance and the wisdom to uphold his transformation of the State, Halims commended him for impacting virtually all strata of the State’s economy.

He added that the Governor has indeed redefined leadership as evident in his bold blockage of leakages in state’s treasury, youth development, strengthening of traditional institutions and his general efforts at positioning the state into an enviable height among the comity of states.

Rep. Halims further called on the people of Kogi State to rally round the Governor at all times, support his presidential ambition and cooperate with both elected and appointed officials in order to build a long lasting state for generations yet unborn.