Home News 2023: Why I am Contesting for Dekina-Bassa House of Representatives Seat – Okai Austin 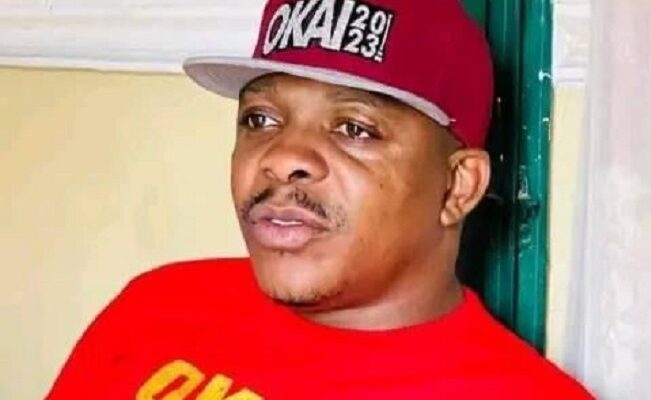 2023: Why I am Contesting for Dekina-Bassa House of Representatives Seat – Okai Austin

The functions of National Assembly which comprises of Senate and House of Representatives is rarely known by many citizens of Nigeria. The National Assembly, saddled with many national responsibility has many functions, one of which is lawmaking.

No nation of the world can outmatch its leaders. Any nation is only as strong and developed as the capacity of those leading such nations.

Just as it is important for every citizens of Nigeria to be civil and law abiding, it is also pertinent for every political leader in Nigeria to possess the necessary knowledge and courage needed to lead.

Today, as a man who has extensively studied the downsides and success of past and present public office holders and also a leader who understands the plights of millions of Nigerians, it is with great humility I write to say that I possess the necessary political exposure and experience needed to negotiate a Better Deal for the great people of Dekina/Bassa Federal Constituency in Kogi state at the National Assembly.

As a former spokesperson for PDP Presidential Campaign Council in Kogi state and Spokesperson for Kogi state last gubernatorial electioneering campaign, I’ve been exposed to many nitty-gritty of political leadership. As a Political and social activist, my orientation with regards to how  public office holders must act and fulfill election promises to  electorates has been shaped.

All these aforementioned achievement and many more have led to my desire to contribute to the national development as we are in dire need of those who would rescue this country from the shackles of Bad Governance by the APC Administration.

Basically, the nation needs bold, upright and men of great character with capacity and competence to be the policy and law makers in this nation, and I see myself as one of them.

Times without number, we see people complain about the process and conduct of people at the National level, but only few people are willing to contest political position in Nigeria with personal resources. This is why we have many abysmal performance by those that leadership has been conceded to.

In my Constituency for instance, there are many developmental challenges which include but not limited to bad roads, insecurity, high level of out-of-school children and other discouraging statistics.

Becoming a member of the National Assembly will enable me to push the necessary bills that will have an overwhelming positive impact on my constituents and the country at large. Most of these challenges should be resolved by the State and Federal executive without intervention ideally, but I would intervene where necessary via allocation of constituency projects, which will be sponsored by my office as a member of the National House of Assembly.

The rate of poverty in the country is alarming and the index isn’t slowing down at all. I am primarily looking at the area of Education, Health-Care, and Sustainable Empowerment for our women, elders and youths so that we can take so many of our youths off the streets and  give more of our people economic power.

I know it’s a huge task that requires immediate attention and I strongly believe that with God’s help and the unwavering cooperation of the people, I will achieve a lot within a short time.

Looking at how those who had previously gone to the National Assembly had treated the people, there are many amendments and changes that will be made when I become a member of House of Representatives.

Firstly, I will create an effective channel of  communication between my constituents and the constituency office, so that my people can also contribute to some of the bills they want.

I will also ensure that proposed constituency projects will have direct impact on Dekina/Bassa federal constituency.

My knowledge and Idea of Empowerment will not be geared towards “Stomach infrastructure”  alone.

Purchasing food items for my constituents is good but beyond that, I will create capital resources needed to establish my constituents and create a wealth sustaining system, so that within my four years, many people will be self- sufficient and would have been established.

I do sincerely hope that people will look in my outlined project and program and other great things I have to offer.

It is my earnest expectation that the delegates will vote for me overwhelmingly so that together, we will have the chance to serve the people better than anyone ever did and will do.

I am sure the delegates will consider the plights of many people from my constituency and vote a competent aspirant with  realistic plan and beneficial proposition to the people.

Once again, it is my expectation that the delegates will vote massively for me so that a new dawn will be birth in our Constituency.