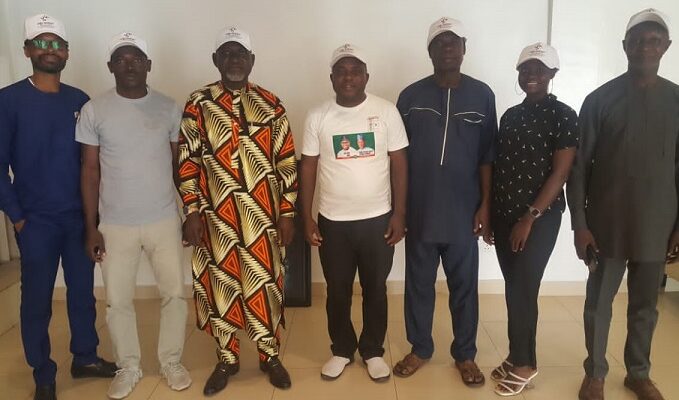 Rising from a stakeholders meeting held at Swiss Pearl Continental Hotel, Wuse Zone 2, Abuja on Saturday, 3rd December, 2022, the group expressed their determination to work hard for the victory of Obi and other Labour Party candidates in forthcoming elections in the state.

Convener of the group, Comrade Sunday Bala Oma speaking on behalf of the stakeholders gave a detailed report on how they arrived at the decision, which, he said, was premised on equity, fairness, justice and competence.

He said: “When the call was made by Igala Stakeholders both at home and in the Diaspora, to rally round one of the frontline candidates, it will surprise you to know that neither Bola Tinubu nor Abubakar Atiku had a single vote. Mr Peter Obi overwhelmingly got the entire nod of the stakeholders.

“The decision to support Mr Peter Obi and Yusuf Datti became necessary, having watched keenly, how the Igala Nation has contributed to both the APC led government as well as past administrations under PDP.

“Sadly, the leadership at the centre has not replicated same and the outcome is visible for all to see. From under-developing of our region, to neglecting us in terms of critical appointments at the Federal level.

“But with Mr Peter Obi and Ahmed Datti, we believe the interest of the Igala nation will be addressed, which will result in massive development of our region once again.”

The resolutions arrived at by the stakeholders after the meeting include; “To work together to achieve the Obi-Datti presidency; To mobilize the grassroot in conjunction with Labour Party to ensure victory for all other Labour Party candidates as well as explore all possible mechanisms to strengthen the Labour party in Kogi State.”