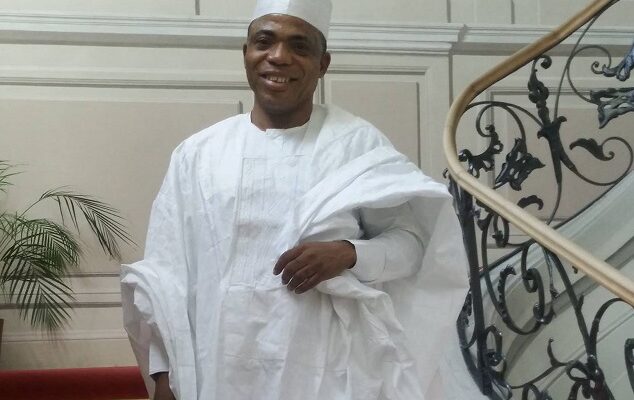 The national ship shall HOPEFULLY leave the shore of 2022/2023 in a 4yrs voyage through the turbulent sea of violence and corruption with the expected tempests from the raging waves of debt burden. The likelihood of the disastrous capsizing of the ship could be in the offing. A safe ship must be sturdy and manned by a sincere, dedicated, and knowledgeable captain who embraces sacrificial service as his motto and flag.

Tragically, the main three ships with varying degrees of cracks, created by the disorientated criminogenic system, and made available for the people to board without options, have no compass of redemptive manifestoes, and their captains are fettered with questionable moral qualifications and characters:

1. The candidate is said to possess only one leg of uprightness with no even artificial complementary leg! An acclaimed man of questions whose character, many people believe, stinks to the high heavens. A greedy specie of the human race as certified by a multitude of people. He is said to limp in character deficiencies and is stricken with acquisitive insatiability! How can a one ‘legged’ man lead people with agile legs? There is a problem here! Asymmetry of movement!!

2. The candidate with only one hand but with the swiftness of both legs. Despite the media opportunity given to him on many fora including CNN, he has no clear-cut manifestoes and cannot articulate his ideas on how he will do things differently. Opacity is the direction and destination, yet he expects loyalty dividends on that day just because he can shout in popularism ‘’JUST TRUST ME & FOLLOW’’ even when people are earnestly asking “BUT TELL US: WHERE ARE WE GOING?”. Here is another problem! Asymmetry of information!

3. The candidate identified by many with a woeful past of national assets betrayal whose itching hands, people say, can easily ransack the purse, and a touted apostle of free national cake sharing among cronies to the detriment of the people.

The alleged evil genius’s brain is wired but the heart-sincerity is said to be one-quarter active and three-quarter dead! A man whom many think has one dimed eye of honesty while the other eye is blinded by pathological dishonesty. Certainly, the ‘WAHALA’ bell rings here in advance!

A magnificent national house, 60 per cent completed, is being built on quicksand in an environment known for hurricanes and tornadoes of anomie and anarchy. The quality of governance is always a product of the system in place and a function of processes.

The Nigerian national power equation is dictated by a few powerful individuals scattered across the regions whose biddings are executed by the weak national institutions. That explains the gross deficiencies being personified by the candidates.

The leader that Nigeria needs at this crucial period is one who knows what to do, how to do it, and READY TO do it WITH SACRIFICIAL SINCERITY! The absence of any of the criteria leads to national injuries! Can you truthfully tell me that your candidate possesses all these BASIC HUMAN qualifications?

The people rushed for the minted notes instead of minted characters! The bazaars called the primaries in my memory!! Now people must have to choose among the feeble candidates.

My prayer is that may GOD HIMSELF rearrange the system in a way that will surprise human beings. Nigerians, as one entity, must live in peace and prosperity irrespective of religion, tribe, or region.

God bless you all in Christ Jesus!

Spread the love
Tweet
Previous PostWhy Shut Down Natasha Akpoti's Campaign Secretariat in Okene? Next Post'No Politician Will be Allowed to Cause Chaos in Kogi' - New Police Commissioner