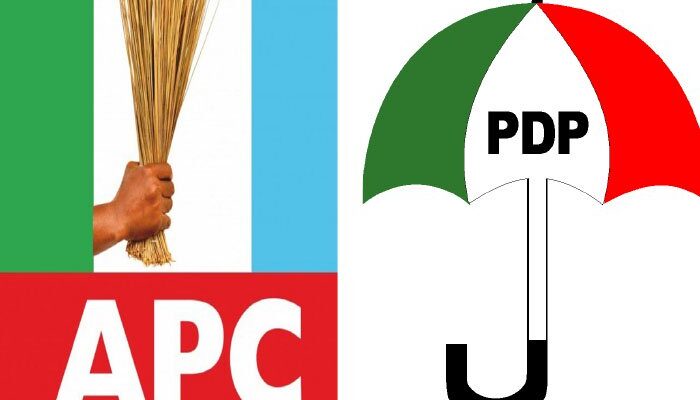 A group, Igala Vanguard, has raised an alarm over alleged plots by the ruling All Progressives Congress (APC) to clamp down on opposition members in the eastern senatorial district of Kogi state.

In a statement issued the spokesperson of the group, Lawrence Akpa, they called on security agencies in Kogi state to step up their intelligence gathering and forestall sinister plots to destablize Igala land before 2023 general elections.

Akpa insisted that the ruling party has concluded plans to embark on intimidation, frame up and unlawful arrest of PDP supporters in Kogi East, especially in Dekina local government.

He said these are part of the grand plans to disrupt the 2023 general elections in Kogi East.

“A meeting held between Sunday and Monday this week by some APC members from Kogi East at Lokoja and Anyigba to fine tune strategies to execute this sinister plot.

“Part of their resolution was to attack PDP supporters by tagging them bad eggs in the society. They also penciled down some PDP stakeholder’s names in Anyigba, Dekina, Egume, Abocho, Emewe and Ogbabede that must be framed up and arrested to justify their evil agenda.

“You will recall that during the November 2019 Kogi gubernatorial election where helicopters and thugs were used to rig, some PDP loyalists in Kogi East were framed up before the election and were subsequently arrested and detained at the order of the government in power.

“The illegal arrest and unlawful detention of a PDP stakeholder in Ajiolo, a former Deputy Ccommissioner of Police, Mr Ejeh Adoka, was and is still fresh in our minds.

“Recently, to test run their minatory plot, these people recently destroyed businesses belonging to PDP loyalists including a Bet 9ja shop in Anyigba belong to Alhaji RealOne. These people are so satanic that they have perfected plan to use vigilante as one of their tools to carry out the planned evil enterprise.

“Perhaps, vigilante would be used to plant guns and dangerous weapons in PDP stakeholder’s houses in aforementioned town and these stakeholders would be subsequently arrested. All this, they are determined to carryout in order to justify its unlawful execution.

“It is not surprising therefore that members of vigilante who are supposed to be apolitical were recently used to stand as decampees to the APC in Abocho and Emewe,” he said.

Akpa warned that the evil plots will not be visited on the eastern flank alone, as Kogi West and Kogi Central will not be spared.

“We will not fold our arms to see this evil happen in our land again. However, we call on the security agencies across board and the chief security officer of Kogi State and Nigeria at large not to treat this alarm with levity.

“The security unit who is battling with banditry, boko haram, unknown gunmen and other criminal elements in the country are already overstretched to start facing another fresh political upheaval in Kogi East.

“Therefore, it is wise if something is done urgently by the government of the day to avert impending reprisal attack that might degenerate into political crisis”.