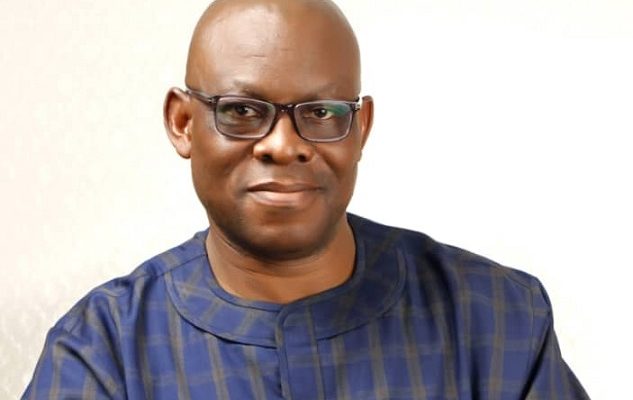 2023: APC Will Shock Other Political Parties in Kogi West – Aiyedogbon

The Director General, Tinubu/Shettima Campaign Council for Kogi West, Chief David Shola Aiyedogbon, has called on leaders and members of the party to work in unity and ensure victory at the 2023 general election.

Speaking at the official inauguration of the All Progressives Congress (APC) Presidential Campaign Council for Kogi West, Aiyedogon said APC will surprise and shock the opposition political parties at the polls.

He assured of reconciliation that would lead to an overwhelming victory for the APC.

The Campaign Council Director General said there will be no room for bargaining with candidates other than those of the APC, asserting that victory is assured for the eleven APC flag bearers from Kogi West in the coming election.

Gov. Bello, who was represented at the flag off by the Chief of Staff to Kogi State Government, Pharm. Abdulkareem Jamiu Asuku, charged APC members to deliver overwhelmingly for the presidential and other candidates of the party.

While maintaining that Kogi West Senatorial District remains the stronghold of the party, expressed optimism that the area would experience a new lease in the APC led administration.

He stated that APC is presenting credible candidates, but lamented that the party lost all seats in the House of Representatives owing to anti party activities.

He assured that APC as a party remains committed to making lives meaningful for the people.

He urged the APC members to be united, said the campaign Council is led by tested and trusted men, assured that working in unity, victory would be assured.

He called on the people of Kogi West Senatorial District to vote for Senator Bola Ahmed Tinubu as the next President, pointing out that the state stands to benefit more if elected.

Earlier in his remarks, the APC Flag bearer for Kogi West Senatorial District, Hon. Sunday Karimi, assured that come February, no stone will be left unturned in ensuring that the APC win all seats from the Presidential to state assembly seats.

Hon. Karimi promised an all inclusive representation that would bring democracy dividends to the people, promised that the APC remains the party of choice for Nigerians.