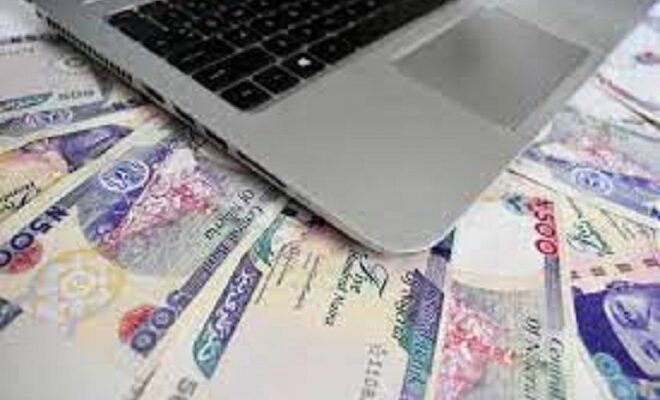 Edicha Adejoh, a resident of Alloma, Ofu local government area of Kogi State, has expressed fears over First Bank’s lukewarm approach in helping him recover his N900, 327, the total sum of unauthorised transactions that were carried out on his account by unknown persons in February.

According to a bank statement the customer shared with Foundation for Investigative Journalism (FIJ), the money was deducted in a series of transactions that were consummated between February 27 and 28.

Speaking with FIJ, Adejoh, a farmer, said his phone was off at the time the transactions were initiated from his account by the fraudsters.

“When I switched on my phone the following morning, I started receiving debit alerts for transactions I did not do. The transaction time started from 11 pm the previous night,”Adejoh said.

“By the time I got to First Bank, Anyigba branch, to freeze my account, I discovered that the sum of N900, 237 had already been deducted by the perpetrators of the act.”

The customer said he visited the particular bank branch three times and all they could tell him was that the money was sent to a Wema Bank account.

“They kept telling me my money was transferred to a Wema Bank account but refused to give me the details of the recipient. They have not been helpful at all,” said the farmer.

Adejoh said the only additional information the branch could give him was that the debit alert he received came through online transactions.

“I kept on going to the branch office but nothing positive has come out of the visits. They asked me if I shared my details, I told them I did not share any of my account details with any third party except they (the bank) who have my details,” he said.

When FIJ contacted First Bank, Anyigba branch, on the issue, they declined to give comments on the grounds that this reporter “is not the owner of the account”.

When Adejoh again reached out to the bank’s customer care desk, he was told to obtain a court order.

“One of the bank’s customer care agent advised me to get a court order. I am to submit one copy in one of the bank’s branches and submit another copy at the bank the money was sent to.”

Adejoh told FIJ that he is deeply worried because a part of the missing money belong to other people.

“Part of the money was kept with me and the owners have started demanding that I should give them their money,” he said.

Spread the love
Tweet
Previous PostFG Shortlists 18 Firms to Toll Abuja-Lokoja, 11 Other Roads Next Post2023: I am in the Race for Kogi West Senate Seat to Better the Lot of My People - Dr Muyi Aina